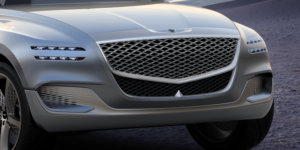 The Hyundai premium brand Genesis wants to offer an optional inductive charging system for its first purely electric model eG80. So much was reported by Korean media referring to industry circles.

According to ETNews, Hyundai will be working with WiTricity for the inductive charging system, rather than following a proprietary development. “Considering the current state of this technology”, a charging capacity of six to eight kW should be possible. Hyundai has declined to further elaborate on this information when asked further.

What remains to be seen is whether the technology will be offered in Europe and the USA where standardisation processes for wireless charging are still underway in both markets. Previous offers – from BMW, for example – are proprietary solutions, so they only work with a charging pad that is precisely matched to them. SAE International presented a standard in October that enables charging of any vehicle with the infrastructure but this standard is not yet being used in practice. China set a standard for inductive charging in May, relying on WiTricity technology.

The Genesis eG80 electric limousine should also be plug & charge capable, i.e. support the charging function in which the column automatically communicates with the vehicle. In addition, Hyundai and Genesis plan to work on wall box charging stations in what they say is “in the company’s unconventional design”. The market launch of the eG80, which is to be based on the Hyundai Group’s new Electric-Global Modular Platform (E-GMP) with 800-volt technology, is expected for the end of 2021.

For WiTricity, this is not the first cooperation with a car manufacturer: in 2016 a cooperation with General Motors was started, in 2017 with Nissan. Even though there is no mass production product yet, WiTricity has not given up its efforts. In February 2019, the charging specialist acquired the Halo technology platform and various patents in the field of contactless power transmission from Qualcomm.

It remains to be seen whether Hyundai-Kia will later offer the technology in other vehicles based on E-GMP, or whether it will be used exclusively by the premium brand Genesis for the time being. With this platform, the Korean company wants to offer electric cars with a battery voltage of 800 volts. Hyundai itself founded the Ioniq sub-brand for these electric vehicles in August, and Kia is planning seven independent BEV models by 2027.

Citroën UK tests the waters for the Ami electric car