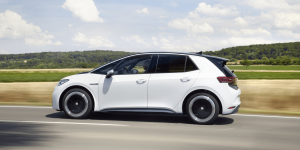 The VW ID.3 will receive some upgrades in the coming year such as increased charging power. A moderate range increase is also said to be planned by the end of next year.

At the same time, the range of the compact electric vehicle should increase by the end of 2021 thanks to improvements in software, thermal management and battery cells. Autocar cites an additional 24 miles, or around 38 kilometres, for the ID.3 Pro S with 77-kWh battery as an example.

In their native Germany, more and more versions of the ID.3 are now available. VW has been offering a new base version since November. The ID.3 Pro with 58-kWh battery is available from 34,112.77 euros (incl. 16% VAT) before deducting the environmental bonus. The ID.3 Pro S without the Tour equipment is now also available.

Meanwhile, there is an increasing number of indications that a market debut for the ID.3 in China is imminent. After it was recently leaked that VW intends to launch the ID.3 in China, which has so far only been offered in Europe, as well from the end of 2021, Chinese media reported a few days ago that the ID.3 will be produced by both FAW-Volkswagen and SAIC Volkswagen, at the same time as the ID.4.