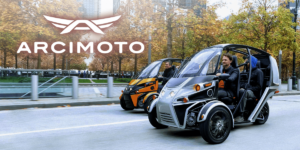 Arcimoto, which makes funky electric trikes, has announced that it has agreed to purchase a new manufacturing site in Eugene, Oregon. Spanning over 185,000 square feet (about 17,187 sqm), the new factory is more than five times as large as Arcimoto’s current production facilities.

The company considers the new Eugene facility to become “instrumental in achieving mass production” of Arcimoto’s electric vehicles. We first heard of them in 2017. Arcimoto then began building a trike. The small EV has since come to fame as first responder vehicle and intermediate crash car of Tesla boss Elon Musk.

The site is already a manufacturing facility, although Arcimoto has not disclosed the former purpose or owner. “Purchasing an existing facility helps reduce risk during scale,” explained Chief Strategy Officer Jesse Fittipaldi. “Instead of spending time designing and then building a new factory, we can start right away with facility retrofits and production line layout. We are thrilled that this site became available at an opportune moment in our planning process.”

That moment also marks the company’s plan to grow. “In 2020 we articulated an aggressive goal to achieve mass production within two years,” said Arcimoto Founder and CEO, Mark Frohnmayer. “We believe the acquisition of this existing manufacturing facility is a critical leap toward our goal.”

The company calls its vehicle base an FUV for fun utility vehicle and have grown a whole portfolio around it. Private clients may pre-order the FUV in California, Oregon, Washington, and Florida. The Deliverator and Rapid Responder provide last-mile delivery and emergency response functionality based on the same platform and are also available to pre-order. Arcimoto further announced two more concept prototypes currently in development: the Roadster, described as the “ultimate on-road fun machine” and the Cameo, which aims at the “film and influencer industry”. How so remains to be seen.

In other news, Arcimoto has joined the Zero Emission Transportation Association (ZETA), a national coalition of more than forty businesses advocating for 100 per cent electric vehicle sales by 2030. Tesla is among the founding members, alongside Lucid Motors, Uber, Siemens, ABB, Rivian, Arrival and large charging infrastructure providers such as ChargePoint, EVBox, Evgo, Enel X, and others. Arcimoto is in good company.

Arcimoto recently began operations in its new manufacturing site in Eugene, Oregon. Once at full capacity, the new RAMP facility is expected to have a production capacity of 50,000 vehicles per year.

“We are driven to address the most pressing challenge facing all life on this pale blue dot we call home, and that extreme urgency impels the rapidly accelerating pace of innovation on full display today,” said Mark Frohnmayer, Arcimoto Founder and CEO. “That includes this new factory, as well as the introduction of leading core EV technology developments, product family enhancements, and the mandate to deliver true micro-mobility sustainable solutions to the world.”