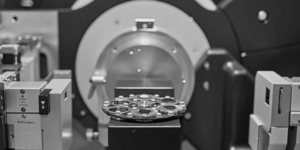 Battery materials specialist Sila Nanotechnologies has raised $590 million in a new financing round. The company based in California counts BMW and Daimler on its list of partners.

Sila Nanotechnologies plans to install a 100 GWh plant to produce its silicon-dominated anode material in the US. The facility will go live in 2024 and deliver anode material for e-car batteries from 2025. Sila Nano says the funding will help develop said 100 GWh plant and serve smartphone and automotive customers. They will also hire another 100 employees in 2021.

BMW and Daimler both want Sila’s new anodes designed to replace conventional graphite electrodes. Both German carmakers also hold shares in the start-up, which a group of battery engineers from Silicon Valley and a professor for material sciences from the Georgia Institute of Technology had founded in 2011. Chinese battery manufacturer Amperex Technology Limited (CATL) is also a client. The automotive cooperation focuses on next-generation lithium-ion batteries for use in electric vehicles. These are to be manufactured on existing equipment and with conventional production equipment.

Specifically, the company is replacing graphite electrodes entirely with silicon-dominated composites. Gene Berdichevsky, co-founder and CEO of Sila Nano, expressed back in 2019 that his company’s approach would improve up to 20 per cent and that it had even further potential compared to conventional Li-ion. Sila Nano is outlining that potential in more concrete terms: Over time, a 50 per cent improvement is achievable, we hear from their HQ.

“It took eight years and 35,000 iterations to create a new battery chemistry, but that was just step one,” said Gene Berdichevsky, co-founder and CEO, Sila Nano. “For any new technology to make an impact in the real-world, it has to scale, which will cost billions of dollars. We know from our experience building our production lines in Alameda that investing in our next plant today will keep us on track to be powering cars and hundreds of millions of consumer devices by 2025.” Sila Nano is headquartered in Alameda, California.

Sila Nanotechnologies has given an update on its factory announced above. The company has now purchased a 55,000-square-foot site (5100 sqm) in Moses Lake, Washington state, to produce its silicon-dominated anode material. Sila expects production lines to start running in the second half of 2024, with full-scale production announced for the first half of 2025.