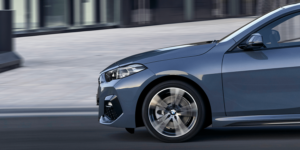 BMW is reportedly adjusting its product plans for the coming electric cars. According to German media, some electric limousines are planned, but only one more EV offshoot of the well-known SUV models.

As reported by the German publication Automobilwoche, the electric i1 has fallen off the priority list. A compact electric car as an ID.3 competitor was still “well on the way” a year ago. The reason given for the change of mind is that the i1 would have been too expensive and thus would have achieved too low a return. In addition, as a compact car, it would not be suitable for the USA and China, similarly to what VW is doing with the ID.3. Instead, the current combustion engine single-seater would receive a further model update and possibly continue to be built until 2030.

According to the report, the new entry into the electric world of the Munich-based company could be a somewhat larger i2. However, there is apparently no concrete year for this model yet, as it only exists “on paper so far”. The usually well-informed journalist Georg Kacher speculates that the long-wheelbase Zweier Gran Coupé could form the basis – so far this version of the Zweier is only sold in China.

China is also the keyword for the next model: an electric version of the long-wheelbase 3 Series could be launched there for 2022. According to other reports from November 2020, however, the model could also go on sale at the end of this year. However, the model is only intended for China; in Europe, the i4 will not have any in-house competition as an electric mid-size sedan. The naming of the car is still open, as the existing i3 is still protected until 2024. Spanish media had speculated about an “i330e” in November.

On the SUV front, the iX3, which is already available, and the iX, which has already been presented as BMW’s flagship, are to be supplemented by just one more model. A small electric SUV based on the X1, very probably called iX1, is to be launched at the end of 2022. This model will then also replace the i3, which is known to be built until 2024. The iX1 is not supposed to be just an “08/15-X1 with batteries in the belly”, but an optically independent model, presumably with optimised aerodynamics.

Thus, the electric SUV range would consist of the iX1, the iX3 (which is to get a successor already in 2024 due to the model change of the X3) and the iX. The latter is intended to serve as an electrified alternative to all of BMW’s large internal combustion SUVs, as the Munich-based company already hinted at when it was unveiled: As the iX is to be as functional as an X5, as dynamic as an X6 and as present as an X7, neither an iX5 nor an iX6, iX7, iX8 are currently being planned – and neither are an iX2 and iX4.