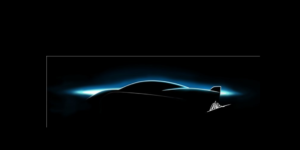 Silk EV, an Italian automotive engineering and design company has formed a joint venture with China’s carmaking giant FAW to make luxury electric sports cars with a commitment of “more than 1 billion euros”.

The Silk-FAW Joint Venture plans to launch the new fully electric and hybrid luxury models under the FAW Hongqi ‘S’ series – the first model of this series will be the ultra-luxury hypercar, the S9. Back in 2018 FAW announced its intention to launch 15 all-electric models under its Hongqi brand by 2025.

To mark the formal launch of the joint venture, government officials from Italy and China joined executives from Silk EV and FAW at a virtual ceremony held in both China and Italy. The joint venture is supposed to mark a milestone in China’s Belt & Road initiative for binding routes between the Italian and Chinese automotive manufacturing hot spots. When announcing the venture Silk-FAW partnership have said that this is the first joint venture between China and Italy in the super-premium and premium auto segments.

The plan is for the Hongqi S9 to be designed and manufactured in Regione Emilia-Romagna where Silk EV has its headquarters. Further along, as the development of the Hongqi ‘S’ Series lineup continues, production will be in both Italy and Changchun, where FAW’s headquarters is located.

The joint venture partners are also saying that they will build a “world-class, fully connected” innovation centre, production facilities, showroom and customer centre in Emilia-Romagna called “the Motor Valley of Italy”. For their part, FAW will be building a “major” production facility and innovation centre in Changchun, China. FAW is currently building a plant in Changchun, announced in April 2020, for its premium brand Hongqi. This should be completed in 2022.

The Italian car designer, Walter De Silva of Walter De Silva & Partners, has been appointed Vice President of Styling and Design for the Silk-FAW joint venture. Since the start of his car design career in 1972 at Fiat, De Silva worked as a designer at I.DE.A Institute, and as Head of Design for Alfa Romeo, SEAT and the Audi brand group. De Silva was the former head of Volkswagen Group Design until 2015.

Chairman and Party Secretary of FAW Group, Xu Liuping said: “The joint venture marks a major milestone under the Belt & Road initiative for China, Italy and the global automotive industry. It is a unique opportunity for FAW to build on its legacy of car-making excellence in Jilin province – the centre of China’s automotive industry – and for FAW Group to come together with Italy’s Motor Valley – renowned for its luxury and racing automotive heritage, integrated ecosystem, and world-class engineering – to become the new benchmark in new energy vehicles. ” Mr. Xu added that the Hongqi ‘S’ series developed by the JV will come under FAW’s Hongqi brand and support its target to sell one million Hongqi vehicles annually by 2030.

Toyota to launch 3 plug-ins in the USA this year