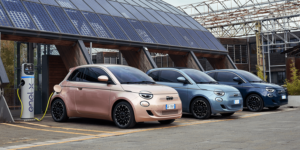 Fiat will reduce the production of the all-electric Fiat 500 at its Mirafiori plant in Turin from 300 to 210 units per day as of next week because the manufacturer is having difficulties with battery supplies.

Following the new schedule, the electric car will only be produced in a single shift from 19 April instead of in two shifts as previously was the case. As the Italian metalworkers’ federation FIM (Federazione Italiana Metalmeccanici) emphasised, the reduced production is exclusively due to the battery shortage and not to a lack of demand. In Italy, the electric 500 is one of the most popular electric cars.

The union’s memo only mentions “difficulties with battery supply”. It is therefore not clear whether there are simply not enough cells being supplied (Fiat uses Samsung SDI cells in the electric 500) or whether the bottleneck is in the assembly of the modules and ready-to-install packs.

Of course, the union is also concerned about employment at the site when production is cut back. “The start of production of the electric 500 at the beginning of 2021 was not robust enough to support and guarantee the extension of the 160 temporary workers with a January deadline who were hired last October.” says Ferdinando Uliano, national secretary of Fim Cisl.

Fiat offers the electric 500 with two battery sizes. The car was introduced in March 2020 with a 42 kWh battery, the standard range here is 320 kilometres. In October, Fiat announced a base model called “Action” for the three-door and the convertible, with a 23.8 kWh battery; the WLTP range then drops to 180 kilometres. In the 3+1 body version (with an additional door on the passenger side), also announced in October, only the 42 kWh battery is available.

Ein Kommentar zu “Fiat cuts down production of the electric 500”