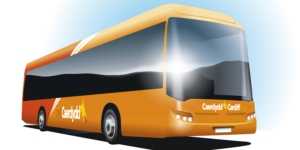 Cardiff Bus has ordered 36 electric buses from the Chinese manufacturer Yutong. The 36 Yutong E12 buses will be in service in the Welsh capital from the end of this year.

As the model designation E12 suggests, the ordered vehicles are battery-electric solo buses with a length of twelve metres. Each bus will be able to carry up to 70 passengers. The Cardiff Bus announcement does not contain any information on the batteries. According to media reports, the range will be 370 kilometres, which would be a lot for a 12-metre bus.

Yutong will manufacture the buses for Cardiff at its plant in China. Some parts of the final assembly, such as the driver’s station, the wifi for the guests and the travel information system are to be done in the UK.

Cardiff Bus currently operates a fleet of 214 vehicles that run on diesel. There is currently no formal target for when the fleet will be converted to zero-emissions. On the part of the operator, it says that with the rapidly developing technology, it is ready to evaluate future options.

“As well as the environmental credentials of the buses, they will also raise the standards of the onboard environment for our customers,” says Paul Dyer, managing director of Cardiff Bus. “This investment also fully supports the actions of both Cardiff Council and Welsh Government to improve air quality and make sustainable transport the future for mobility in the city.”

The order from Cardiff is the second from Wales in just a few days: it was only in mid-April that the Welsh port city of Newport, located not far from Cardiff, ordered 16 more electric buses from Yutong. Since October 2020, 16 Yutong electric buses have already been on the road in Newport.