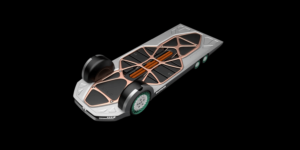 The Israeli start-up Ree Automotive has entered into a development cooperation with Toyota’s commercial vehicle subsidiary Hino Motors. The aim is to develop a new solution for mobility services for the transport of passengers and goods based on Ree’s space-saving electric vehicle platform.

Specifically, a “Mobility Service Module” is to be built on the Ree platform, which can also be separated from the platform to serve as an independent unit. The partners initially want to work on developing hardware prototypes, evaluating business models, acquiring potential customers and conducting demonstrations by 2022, according to both companies.

The technology, called ‘Ree Corner‘, is basically a platform in which all critical vehicle components are installed between the chassis and the wheel in the corners of the vehicle. These four compact individual modules, comprising suspension and drivetrain, ensures a flat interior floor, even between the axles. This is said to allow “unprecedented space” for passengers, cargo and batteries. Since each of the four modules is identical, the vehicles not only have all-wheel-drive, but also all-wheel steering. 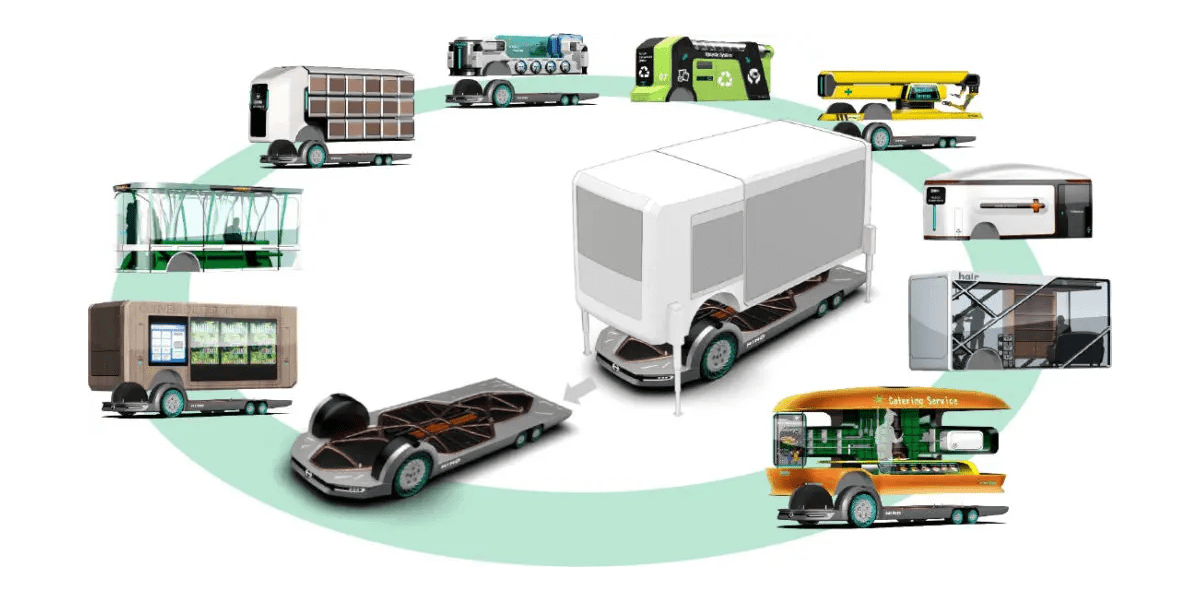 With its platform, Ree wants to be able to cover different use cases. The smallest version (called P1) can weigh up to 1.8 tonnes and is intended for inner-city delivery vehicles for the last mile. For the variants P2, P4, P6 and P7, the number corresponds to the respective maximum weight in tonnes. P4 is intended to enable an LCV, electric shuttle bus or SUV, P7 with a total weight of seven tonnes a medium-duty delivery truck. It is not clear from the announcements which version of the platform the vehicle from the Hino cooperation will be based on.

A few days ago, Ree Automotive had already entered into a cooperation with the supplier and contract manufacturer Magna to develop and build light electric commercial vehicles. The “Ree Corner” platform is also to form the basis here.

The principle of such an eMobility platform with different superstructures is not entirely new for the Toyota Group. The Japanese company presented the “e-Palette” concept in 2018, a vision of an electric and autonomous multi-purpose vehicle. The actually targeted tests at the 2020 Olympic Games in Tokyo could of course not be carried out in view of the postponement of the sporting event.

Hino itself had shown a “FlatFormer” concept at the Tokyo Motor Show 2019, which, according to Hino CEO Yoshio Shimo, is also to become the “starting point of this cooperation”. This probably refers primarily to the envisaged superstructures, as the electric platform itself is unlikely to be compatible with the “Ree Corner” concept: The “FlatFormer” shown in the picture had two large and four small wheels.