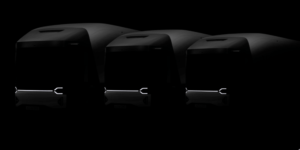 Volta Trucks widens its product portfolio to include all-electric trucks from 7,5 tons over 12 and 19 tons, building on its 16-ton model. The start-up’s new Road-to-Zero Emissions strategy also details a much-accelerated sales approach until 2025.

Volta Trucks expects sales volumes to reach 27,000 units per year by 2025. The currently envisioned 27,000 units are more than five times the number of vehicles expected to be built than Volta’s original projections. The latter saw the company build 500 units by the end of 2022 and increase production to 5,000 vehicles per year in 2025.

To get there, the company says it takes a “city-specific strategy” that focuses on Europe first. Volta gives the example of London and Paris, both capitals that have begun banning diesel-powered vehicles from large parts of the city centres.

Indeed, Volta has already scheduled trials of its first e-truck, the 16-ton Volta Zero, in the UK and France for later this year when debuting the concept EV last July.

The current communication confirms the timeline with ‘Pilot Fleet’ trucks built by the end of 2021 and series production starting around twelve months afterwards. The vehicle is in the engineering development phase, with early prototype testing due to start shortly, says Volta.

Production of the 16-tonne vehicle will be closely followed by the largest 19-ton and mid-size 12-ton variants in 2023. Again a Pilot Fleet of the smaller 7.5-tonne vehicles is expected to be launched for customer trials in the same year, with Volta wanting production to commence in late 2024. These later vehicles are in the early design development phase.

Volta suggests that the final line-up will form a “comprehensive range of full-electric commercial vehicles”. As with the pioneering model, the operator of any Volta truck will sit in a central driving position, with a much lower seat height than a conventional truck. Adding a glass house-style cab design, the driver has a wide 220-degrees of visibility, minimising dangerous blind spots. This is however all Volta has to say about the technology so far. For the Volta Zero, the company gave a 160-200 KWh battery pack, promising a range of 150 to 200 km (93-124 miles) at a maximum speed of up to 90 kph (50-56 mph).

“When we launched the Volta Zero, we’d expected to be selling 5,000 vehicles a year with a single model by 2025,” said newly appointed Chief Executive Officer of Volta Trucks, Essa Al-Saleh. “Given our pace of development, driven by customer demand, we clearly see the opportunity to expand the Volta Zero into a portfolio of vehicles,” he added.

Talking about demand, Volta Trucks now puts a name behind one of the first clients as Petit Forestier, Europe’s largest refrigerated commercial rental fleet, bought 1,000 Volta Zeros last year. By January, the books included $260M worth of orders and continue growing, the company claims. Further internal research suggests that the global market for full-electric trucks in the 7.5t – 19t category will exceed $100 billion by the end of 2025.

Following these projections, Volta Trucks says it will accelerate its market entry with a Europe-first strategy, followed by cities in the US and Asia. As mentioned above, the Volta Zero was initially launched in the UK and France and is currently in Spain for a roadshow. Volta plans to present it in Germany and North America over the summer, with other European markets, including Netherlands, Italy, and Belgium. This is to be confirmed by year-end.

Demand has also been accelerated by Volta Trucks’ Truck as a Service (TaaS) offer. The company describes TaaS as “a frictionless way” for fleet managers to electrify their fleets as Volta provides access to the Volta Zero and services through a monthly fee. So far, it has only been described as “affordable”. The deal also includes a replacement vehicle when needed, maximising the uptime and operational efficiency of the vehicle, says Volta.

E-trucks to be manufactured in Europe, the US and Asia

To be able to produce the envisioned 27,000 units, Volta Trucks says it will adopt a “network manufacturing strategy with several assembly facilities distributed across its key geographies, minimising unnecessary transportation and cost.”

The company recently presented plans for manufacturing vehicles at the Decarbonisation Hub project in Nissan’s former manufacturing facilities in Barcelona. Any vehicles manufactured in Spain could potentially serve southern European markets but would not be the first vehicles built, Volta explains. Indeed, Volta is currently constructing the first units together with the British Prodrive and Astheimer. The company says it also considers some additional manufacturing locations across Europe and Asia, having the capacity to meet the significant volume ramp up envisaged within the plan.

Over in the States, the company indeed made huge progress already as it put in a “significant order” for Proterra batteries. At the beginning of February, it was announced that the US vehicle supplier Meritor will supply the electric drive 14Xe to Volta Trucks starting in summer.

Workhorse to use CATL batteries for electric transporters