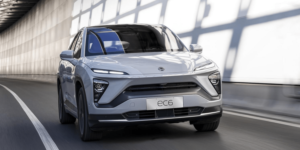 Under the renewed agreement, JAC will double its annual production capacity to 240,000 vehicles to meet the growing demand for Nio vehicles. Nio has not yet reached its current annual capacity of 120,000 vehicles, but is slowly approaching this figure. In three of the first four months of this year, the manufacturer delivered over 7,000 vehicles. With a monthly capacity and an increase of 125 per cent compared to the same months of the previous year, this was obviously the time for those responsible to secure further growth in production.

Especially since the introduction of the ET7 sedan and the market launch in Europe are intended to open up further customer groups and sales markets. The first ES8s are to be delivered in Norway in September, and Nio is targeting other European countries, probably including Germany, for 2022.

At the end of April, Nio founder and CEO William Li stated that 400 vehicles can be built per day in Hefei. With 25 working days per month, that translates into a capacity of 10,000 vehicles. Whereas the global chip shortage and also bottlenecks with batteries have limited the monthly capacity to around 7,500 units recently, according to Li.

Nio’s first model, the large ES8 e-SUV, has been on the market since June 2018 – and was built in collaboration with JAC in Hefei from the start. The startup had abandoned plans for its own factory in Shanghai in 2019. After its 2018 IPO and a bumpy market launch of the ES8, including a battery recall, the company faced an uncertain future. This culminated in the company itself expressing doubts about being able to continue its business operations as part of its 2019 financial results announcement.

In 2020, however, the company could enter into an agreement with Anhui province and the municipal government of the provincial capital Hefei, which provided Nio with a billion-dollar credit line. With the commitments made therein (including the construction of research centres in Hefei), it was clear that Nio would remain connected to Hefei – now it is clear that this will continue to be done jointly with JAC.