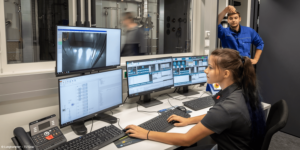 The project is conducted by a consortium coordinated by the Hempol Group and includes the British universities of Leicester and Southampton, Graz University of Technology, the Technical University of Denmark and the battery company Varta Microinnovation.

The Amapola project builds on the predecessor project Salbage that ended at the end of last year. In the new project, the researchers want to further investigate the materials proposed in the Salbage project and develop advanced cathode formulations. In addition to pure research, the development is also to be scaled up and pre-industrialisation achieved.

The use of aluminium and sulphur, both of which are relatively abundant is also supposed to avoid potential raw material shortages in lithium-ion batteries. In addition, Al-S cells have the potential to store very high energy. Here it should be noted that the mentioned values of 660 Wh/l or 400 Wh/kg have been calculated, but not yet reached.

The researchers say that based on the “promising research results of Salbage”, innovations are now being developed to show “that Al-S-based batteries can have a place as a new future technology for batteries in certain market niches”. It remains open, however, how large these niches should be. A solution for the mass market does not seem to be expected within the framework of this research project.

Amapola is funded by the EU with two million euros and the project is scheduled to run until 30 September 2022.

Volkswagen considers an IPO for their battery division