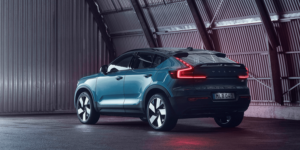 Volvo has opened the order books for the C40 Recharge in the first European countries. The second electric model in the Swedish companies’ current range is available to order now in the Netherlands and Norway and from 3 June in Sweden and the UK. Other markets will follow in the coming weeks.

In Germany, the current model of the XC40 Recharge is listed in the Volvo configurator at 57,900 euros. However, the 3,000 euro manufacturer’s share of the environmental bonus has already been deducted from this price, so the gross list price is 60,900 euros. Taking the 1,500 Euro surcharge as a basis, the C40 Recharge could cost 62,400 Euro gross in Germany.

BMW iX to be delivered from November