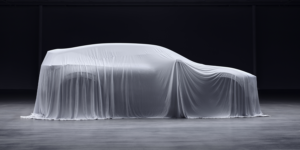 Swedish electric car brand Polestar announces that its first SUV model, called Polestar 3, will be produced locally for customers in the US, at Volvo Cars’ Ridgeville manufacturing centre. Production of the Polestar 3 is expected to begin globally in 2022.

Not much is known about the Polestar 3 yet – the current announcement does not change that: the Swedish company does not want to announce full product details until a later date. The fact is that it will be an “electric performance SUV” and Polestar wants to manufacture the model locally in the United States for the American market. To that end, the Polestar 3 will “roll off the assembly line alongside new Volvo vehicles at the Volvo Cars plant in Ridgeville, South Carolina”. The plant was only inaugurated in 2018.

The company describes the decision as a step towards becoming a more global brand: “The move transforms Polestar into a truly global brand with an industrial capacity in the two largest single markets for electric vehicles in the world – the USA and China – alongside its headquarters and established sales and distribution capabilities in Europe,” the statement says. Polestar CEO Thomas Ingenlath is quoted in the press release as saying that “From now on, the USA is no longer an export market but a home market”. In line with this, around 25 local presences, so-called Polestar Spaces, are also to be opened in the United States this year.

Polestar was founded in 2017 by Volvo Cars and Geely Holding. Polestar sharing a production facility with Volvo Cars underscores the significant industrial and financial synergies resulting from the ownership structure, the Swedish company stresses. “Production in the USA reduces delivery times as well as the environmental impact associated with shipping vehicles around the world. It will even have a positive impact on the price of Polestar 3” adds Dennis Nobelius, COO at Polestar.

The Polestar 3 represents the debut of a new generation of Volvo Car Group’s electric vehicle architecture, designed from the ground up for full electrification. The model will have autonomous driving capabilities and industry-leading connectivity features based on Google’s Android Automotive OS infotainment system, it said.

At the end of February 2020, Polestar had first unveiled a preview of future electric models with a more autonomous design in the form of the Precept concept car. According to an earlier British media report, the Polestar 3 will be heavily influenced by the Precept design line. “The design language of this car is something you can and should expect in our future cars, starting with the Polestar 3,” Polestar chief designer Maximilian Missoni is said to have told Autocar magazine in spring 2020.

BMW launches street tests of the i-Hydrogen Next