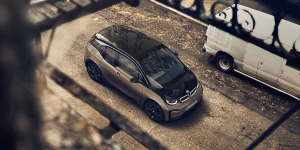 BMW apparently wants to end sales of its first all-electric production model i3 in the US very soon. Production for the US market is expected to cease as early as July. In other countries, however, the i3 will apparently continue to be sold, but reportedly only until 2022.

The news of the i3’s withdrawal from the US comes from a BMW Blog report citing a dealer letter. According to the report, only around 180 production jobs are still available for the market in the United States. After that, the model, which has been built since 2013 and was last updated in 2018, is to be phased out.

The information runs counter to a statement made by a BMW spokesperson at the end of 2019, according to which the i3 would “continue to be built into 2024” and receive another update. Especially since, in addition to the BMW Blog, the portal Bimmer Today is also currently writing that not only is the end of production imminent in the USA, but that production of the i3 in Leipzig is now to be discontinued completely as early as 2022. The portals do not name a source for this information.

A BMW spokesperson told electrive: “We are very happy with how the BMW i3 is selling in its ninth year of production. And we will continue to build it as long as many customers can be found. Even after the end of its life, we want to remain active in the segment of electric premium compact cars. Nevertheless, this does not necessarily have to be under the model name BMW i3.”

As is well known, the i3 is built on a dedicated platform with a characteristic carbon passenger cell and brought BMW far ahead in the electric market from 2013. The i3 has since sold over 200,000 units. The carmaker last upgraded the battery of the model and its sports offshoot i3s in September 2018: the use of new Samsung cells with 120 Ah increased the total capacity by almost 30 per cent to 42.2 kWh. When it was launched in 2013, the figures were still 60 Ah and 22.6 kWh. The first battery update followed in 2016 with 94 Ah and 33 kWh. With the change to 120 Ah cells, the range according to WLTP measurements was increased to 285 to 310 kilometres or 260 km in everyday driving.

Based on its current market expectations, BMW assumes that at least 50 per cent of its global sales will consist of fully electric vehicles by 2030. Overall, the BMW Group says it plans to put around ten million fully electric vehicles on the road in the next ten years or so. According to the Munich-based group, it is currently in phase 2 of the transformation. The first phase was the pioneering work with Project i, from which the i3 emerged. Phase 2 is the current transformation of the model range with flexible platforms. After 2025, the product range will be realigned with the ‘New Class’ – this is probably the EV platform that BMW announced in November 2020.