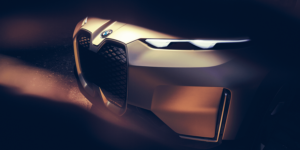 The German publication Automobilwoche cited BMW CEO Oliver Zipse. The executive had commented on BMW having its own platform when he presented the company’s quarterly figures. The new strategy sees BMW moving away from the previous philosophy of building models with all drives on one platform so these can all be made on one production line. The company’s works council chairman Manfred Schoch already called for this strategy this summer and has now prevailed.

For the period up to 2025, Zipse sees advantages in the flexible production strategy on one platform in defence of the course that has been followed so far: “The BMW Group is in exactly the right and robust position for the current phase of our transformation up to 2025: Our share of e-mobility is growing with maximum flexibility in production,” Automobilwoche quotes the BMW CEO. Meanwhile, a separate department has been set up in July to develop the new EV platform.

Other news also reaches us from BMW headquarters: the PHEV version of the BMW 5 Series Touring is now coming off the assembly line in Dingolfing as the third albeit semi-electrified model.

The Group will also start production of a purely electric model in Regensburg from 2022 but did now say which model it will be. The plug-in hybrids of the X1 and X2 compact SUVs are already being produced in Regensburg in parallel with the combustion engine derivatives.

In addition, BMW recently announced that it intends to coat battery cells for high-voltage batteries at this location from 2021 and to produce complete high-voltage batteries there from 2022. As part of BMW’s electrification strategy, the production of a purely electric model will now be added in Regensburg.


This means that in the future, BMW will produce purely electric vehicles at all four German automotive plants. The BMW i3 has been manufactured in Leipzig since 2013. 2021 will also see the start of production of the BMW iNext in Dingolfing and the BMW i4 in Munich. With this location strategy, the Munich-based company claims that it will “secure long-term capacity utilisation and thus the high level of employment at its plants in Germany”.

BMW also relies on decentralisation in component production. In July, the carmaker opened their Competence Centre for E-Drive Production at its Dingolfing plant, where battery modules, high-voltage batteries and electric motors are to be built. The carmaker says that from 2022, the facility could be producing up to 500,000 electrified vehicles per year. The company will also build electric vehicle motors in Landshut. BMW now says that more than 500 electric logistics and production vehicles as well as transport systems, are already in use at the components plant, from tractors and sweepers to forklifts and electric trucks. For business trips, the plant’s fleet includes five fully electric BMW i3s and 20 hybrid models. The existing charging infrastructure in and around the plant will be expanded to 140 green electricity charging points by 2021.

The battery as a key component

During the summer, BMW announced its intention to set up a pilot battery cell production facility in Parsdorf near Munich, the capacities of which will exceed those of the ‘Battery Cell Competence Center’ opened in 2019. Battery modules are to be mass-produced at the Leipzig plant (i3, among others) from 2021, which will then be assembled into the aforementioned high-voltage batteries in Regensburg from 2022, for example, but still using cells purchased from CATL and Samsung SDI. In September 2020, battery production for the iX3 also started in China. The batteries will be manufactured by the joint venture BMW Brilliance Automotive.

The BMW Group still intends to bring more than seven million electrified vehicles onto the roads within ten years, two-thirds of which will be fully electric. By the end of 2021, five purely electrically powered models are to be available, namely the i3, the Mini Cooper SE, the iX3, the iNEXT and the i4.