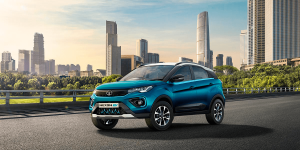 The government of India is extending the second phase of the national eMobility subsidy programme FAME (Faster Adoption and Manufacturing of Hybrid and Electric Vehicles), which started on 1 April 2019. FAME 2 was originally scheduled to run until the end of 2022 and has now been extended until 31 May 2024.

The FAME 2 subsidy programme provides for subsidies with a total value of the equivalent of $1.4 billion. In summer 2019 and early 2020, for example, grants were already approved for almost 5,600 electric buses and 2,636 charging stations. According to Livemint, demand is said to be stalling because, “In reality, though, due to the high localization norms and other rules, most of the products in the segment did not qualify for the incentives. The ones that qualified did not get enough subsidies to close the price gap with combustion engine vehicles”.

The government is trying to lead by example. For example, the Ministry of Heavy Industries has contracted the state-owned energy service provider EESL to procure 300,000 electric three-wheelers for use in various government agencies. In addition, the public sector is pushing the purchase of electric buses for use in various cities.