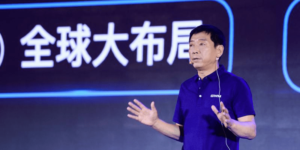 The Chinese carmaker Great Wall Motor has presented its strategic plan until 2025 and its new traction battery. Great Wall plans annual global sales of 4 million vehicles by 2025, of which 80 per cent – or 3.2 million vehicles – are to be so-called New Energy Vehicles.

In China the term ‘NEV’ covers purely battery-electric and fuel cell vehicles as well as plug-in hybrids. The car manufacturer wants to invest 100 billion yuan (equivalent to about 13 billion euros) in research and development by 2025.

Great Wall CEO Jack Wei sees not only his company but also the entire Chinese car industry in an important phase. “The only way for Chinese auto brands to surpass our competitors in the real sense is to magnify their own advantages in a quick manner in the next three to five years to lead in the field of new energy and intelligence,” Wei said at the strategy conference. “Moreover, the opportunity for Chinese automobile brands knocks only once.”

To “win China and go global”, Great Wall has not only set targets for global R&D, production and sales (including the 2025 sales targets mentioned at the beginning), but also wants to deepen the “globalisation of brand, technology and talent”. Concrete markets that the group has in mind for its expansion were not mentioned, however.

New models were not announced either – but an important core technology of the coming vehicles was. The strategy conference was also the ‘8th Great Wall Motors Tech Festival’. In this part of the event, the company announced its new traction battery called ‘Dayu’, according to a report by Gasgoo. This will be integrated into all of the manufacturer’s new NEV models from 2022.

According to Li Shuhui, Great Wall’s deputy general manager for research and development, the battery relies on cells with NCM-811 chemistry and is said to be particularly safe in the event of a thermal runaway. Li did not provide further details, such as energy density, fast-charging capability or cost.

Wei is obviously serious about his approach of wanting to advance the Chinese car industry in general in the next three to five years: according to the report, the technical patents of the new battery are to be made available to the entire automotive industry free of charge.