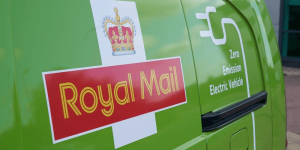 This includes expanding access to e-company cars for employees starting immediately. In addition, from 2025, Royal Mail will only offer electric cars to order in all company car programes to ensure becoming an all-electric fleet by 2030.

Apart from company cars, the postal service also intends to extend the offer to employees seeking to get cars through the company’s salary sacrifice scheme MyDrive, with the associated tax benefits of running an electric company car. However, which models these will be remains to be seen as Royal Mail only states it would offer a range of “affordable entry-level” electric vehicles.

The company also mentions plans to only pay business mileage reimbursement at an “appropriate” EV rate for diesel, petrol, hybrid private cars, and company cars from 2025 without adding concrete figures.

“We’ve already revealed our ambition to turn our fleet to alternative fuel vehicles to do the right thing by the communities we serve. It makes sense for us to focus on company cars too, and we hope that this new scheme will benefit our colleagues while reducing overall Company emissions further,” said Jenny Hall, Director of Corporate Affairs at Royal Mail.

The initiative indeed follows earlier news when the logistics firm announced plans to add around 3,000 electric vehicles to its fleet starting this autumn. Royal Mail did not specify a manufacturer at the time. Still, reports suggested that most of the vehicles would come from Peugeot and Mercedes as Royal Mail has reportedly already used electric transporters from Peugeot and Mercedes for previous small-scale purchases. The new vans will first roll out in low-emission zones and so-called green cities. Royal Mail will also install charging stations in all depots where the e-transporters will be stationed as part of the plans.

One such example of an EV depot is the Bristol East Central Delivery Office, which has had its 23 diesel delivery and collection vans replaced by fully electric equivalents. Royal Mail also points to six electric charging posts that have also been installed on the site as part of the transformation.

In the view of Simon Thompson, CEO of Royal Mail, electric vehicles “increasingly make more economic sense for the Company than diesel vehicles in the long-term”. Royal Mail also counts its “feet on the street” approach, essentially 85,000 postmen and women in the UK, towards its carbon footprint per parcel quite literally.