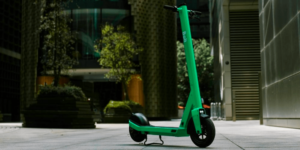 The Estonian company Bolt Technology has raised 600 million euros in fresh capital in a financing round. The money is to flow partly into the food delivery service Bolt Market, and other offerings of the company are also to be expanded.

According to Bolt, the valuation of the company, which was founded in 2013, thus rises to four billion euros. The investors in the latest round of financing include Sequoia, Tekne and Ghisallo, who have newly joined the company, as well as existing investors such as G Squared, D1 Capital and Naya. According to its own information, the company already has 75 million customers worldwide.

The Corona pandemic has taken its toll on the company, CEO and founder Markus Villig told US broadcaster CNBC. “A year ago, we went into the biggest crisis the company had ever experienced,” Villig said. Business had fallen by 80 per cent when all cities were sealed off and ride-hailing was still the core business, he said. In addition to its core product, the company is offering the Bolt Drive car-sharing service,  scooter and e-bike sharing and the Bolt Food delivery service.

The latest addition to the Bolt ecosystem is the food delivery service Bolt Market. The service is to be launched in ten European cities in the coming months, including the Baltic States, Central Europe, Sweden, Portugal, Croatia and Romania. The company did not specify which vehicles Bolt intends to use in the financing round.

In Germany, Bolt has recently expanded its business with electric scooters. From 18 May, around 15,000 of the micromobility vehicles will be available for use in Berlin, Frankfurt, Hamburg, Munich, Cologne, Stuttgart, Potsdam, Nuremberg and Fürth, the manager responsible for Germany, Balthasar Scheder, told the German newspaper Frankfurter Allgemeine Zeitung.

According to Scheder, the focus in the past two years has been primarily on Eastern Europe and lessons have been learned from the build-up there. “Now we are ready for the German market,” the Frankfurter Allgemeine quoted the manager as saying. “We have enough to offer to be successful in such a competitive market.”

As Bolt manager Scheder announced, the provider wants to differentiate itself primarily through price. In order to prevail in the competition, Bolt wants to “offer the most favourable conditions in Germany in the long term”, Scheder said in the FAZ. Initially, there would be no unlocking fee and the price per minute would be five cents.

Bolt Technology was founded by the Estonian company Taxify as a ride broker and was to be built up into a kind of Uber competitor.