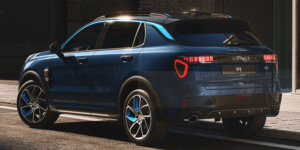 The two car companies Geely and Renault plan to cooperate on the introduction of hybrid vehicles in China and South Korea. A corresponding memorandum of understanding has now been concluded.

According to Geely, the cooperation is intended to accelerate the implementation of the ‘Renaulution plan‘ – the French company’s current strategy. In concrete terms, hybrids are to be sold under the Renault brand in China, but also under the Geely brand Lynk & Co. in South Korea.

The basis for the cooperation is the “open source strategy of Geely Holding”. The hybrid vehicles for China, which have not yet been specified in detail, are to be based “on Geely Holding’s existing technologies and mature industrial footprint” – in other words, on the Chinese company’s technology. Renault will, as a result, only be responsible for distribution. “Renault will contribute on branding strategy, channel and service development, defining appropriate customer journey,” Geely explains.

In South Korea, the memorandum of understanding is to enable Renault Group and Geely Holding to “jointly explore localization of vehicles based on Lynk & Co’s energy-efficient vehicle platforms for local markets”. Geely does not elaborate further in the announcement, but the Lynk & Co brand, founded in 2016, uses the “Common Modular Architecture” (CMA), which Geely developed together with Volvo, in its previous models – the Volvo XC40, for example, is based on the CMA. The platform enables various hybrid and plug-in hybrid drives, but also purely electric vehicles – but these are apparently not part of the cooperation. The SEA electric platform, on which future models of Geely brands are to be based, is also probably not covered by the current agreement.

The French company is active in South Korea through Renault Samsung Motors (RSM), but all models are based on vehicles or platforms from Renault or alliance partner Nissan – the RSM QM6 is effectively a rebadged Renault Koleos.

Collaborations beyond the current Memorandum of Understanding are explicitly possible. “Both partners will continue to seek a deeper potential partnership in terms of an open and innovative partnership mode,” Geely said.