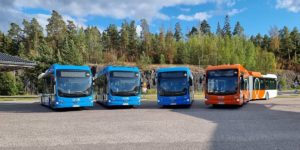 Chinese manufacturer BYD has delivered 76 electric buses to public transport operator Nobina for use in the Finnish capital Helsinki. This completes the order for a total of 119 vehicles.

The new fleet includes BYD’s new 15-meter low-floor model, which made its European debut in the Finnish city of Turku. BYD delivered 46 vehicles of the manufacturer’s latest model to Turku in June. Nobina has also reportedly received 23 units of the twelve-meter model, eight units of the recently updated 13-meter variant, and 44 vehicles of the 18-meter articulated bus. The electric bus series was launched during an event at Nobina’s headquarters in cooperation with the Helsinki Regional Transport Authority (HSL).

The 18-meter articulated bus has room for 112 passengers and can be charged with up to 300 kW via a roof-mounted pantograph. The 15-meter-long electric bus seats 47 + 3 and, including standing room, has a total passenger capacity of 90 passengers. The buses have been fitted with the latest generation of iron phosphate batteries from BYD, which are said to achieve a range of 400 kilometres on one charge. The twelve-meter-long buses can carry 72 passengers, and the vehicles are built at BYD’s European production facility in Hungary. BYD says that this model is its most popular model in Europe. 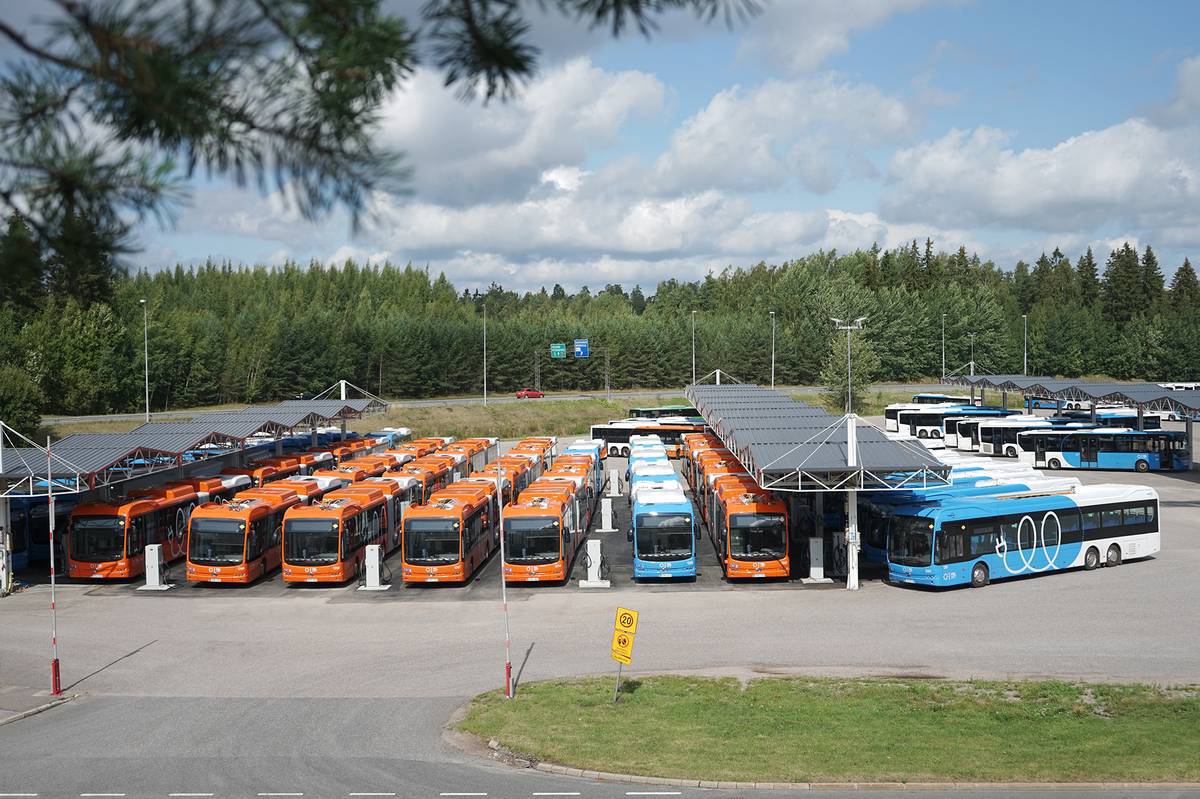 All of the buses on order are equipped with a driver’s cab enclosure and BYD’s proprietary battery thermal management technology, which is designed to optimize battery life and range. The vehicles are also equipped with climate pre-heating.

BYD cites a number of nearly 600 vehicles delivered or ordered for public transport operators in more than 20 cities in Nordic countries. In total, BYD vehicles are said to have covered more than 25 million kilometres in Sweden, Norway, Denmark and Finland. The company’s Nordic headquarters are in Sweden. The company first introduced its electric buses to Nordic markets in 2015, with the first BYD articulated buses launching in Oslo, Norway, in 2018.

With Turku and Helsinki, BYD’s electric buses are only being used in southern Finland. The two port cities are located at roughly the same northern latitude as Oslo. The delivery of electric buses to the Swedish city of Piteå, which lies close to the Arctic Circle, was announced last May for this summer. The northern Norwegian city of Bodø has ordered 31 electric buses from competitor Volvo Busses.

Petri Auno, managing director of Nobina Finland, expresses their satisfaction: “We had an extremely tight timeframe for delivering the buses and building the infrastructure,” he says. “I am happy and proud of this achievement.” He announces plans to double the number of electric buses operated by Nobina in Finland by next year.