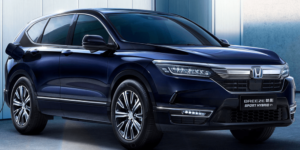 The Chinese joint venture GAC Honda wants to increase its production capacities for electric cars and plug-in hybrids by 120,000 vehicles per year with the construction of a new plant. Construction is scheduled to begin in October this year and be completed in 2024.

The new facilities will include a test track for cars, a battery workshop, workshops for stamping, welding, painting and assembling, and other supporting facilities, according to a report by China Automobile News with reference to the Guangzhou Public Resources Trading Center website. According to the report, GAC Honda plans to invest around 2.99 billion yuan (390 million euros) in the project. It is not specified which vehicle models are to be produced in the plant.

As reported, Honda is planning ten purely electric models for the Chinese market within the next five years. With the “Honda SUV e:prototype”, the Japanese car manufacturer showed a preview of the first BEV model in April, which is to go on sale in China in spring 2022.

This was the near-production version of the vehicle; the Japanese company had already shown a concept in September 2020 under the name “e:concept”. Honda also presented the Breeze PHEV, the first plug-in hybrid model from its joint venture with GAC. This is also an SUV. The model is to be launched on the Chinese market in the second half of the year.