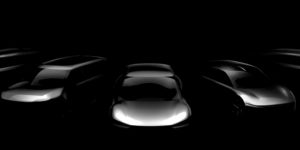 Kia plans a new seven-seater e-SUV and a crossover as its second and third electric model based on the E-GMP platform. While the former will be called EV7 or EV8 and aimed at the US market, the crossover will likely enter the European market as EV4.

After the EV6, the seven-seat SUV model for the United States will be similar to Hyundai’s Ioniq 7 SUV announced for 2024. As for the timeline, it looks like Kia is likely to launch the large SUV in 2022.

Auto Express gave a more detailed outlook on the designated EV4. The mid-sized crossover SUV will have a slightly shorter wheelbase than the EV6 (which has a wheelbase of 2,900 millimetres), which was unveiled in March. Nevertheless, the EV4 is likely to use the EV6’s battery technology. The choice would be between 58 and 77.4 kWh for a maximum range of about 500 kilometres. There will also be versions with one motor and 168 kW and two motors and up to 236 kW. According to Auto Express, the design features are also strongly inspired by the EV6. The headlights, the full-width LED taillight bar and the muscular surface are cited as examples.

The EV4 is expected to debut either in 2022 or early 2023, with sales definitely starting later in 2023. Knipping told Auto Express that while the E-GMP platform (known to feature 800V technology) will form the basis for many future Kia electric cars, it “will not serve all segments, especially some smaller segments”.

Kia had already made similar comments in February on the occasion of the extension of its Plan S strategy until 2030. At that time, the South Korean company announced their intention to strengthen their electric car range with eleven new models by 2026 – seven E-GMP cars, i.e. vehicles offered exclusively as electric cars, as well as four electric derivatives of existing combustion engines.

By 2030, electric and hybrid vehicles are expected to account for 40 per cent of the brand’s total sales, with an annual sales target of 1.6 million units. More than half of these, 880,000 units, are to be purely electric vehicles. Adding the internal combustion vehicles, Kia aims to sell 2.92 million units. Of course, Kia also wants to earn money with the increasing electric share: The brand expects the profitability of electric cars to be on a par with existing combustion models by 2025.