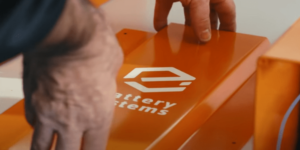 e.battery systems, based in Vorarlberg, Austria, has founded its own branch in Silicon Valley. Just a few weeks ago, the Austrian company announced an order for at least 10,000 batteries for electric motorcycles from the Swedish manufacturer RGNT.

According to e.battery systems, the team in Silicon Valley should quickly comprise a double-digit number of employees and in the medium term become at least as large as the headquarters in Dornbirn, Austria. There are currently 30 people employed there, with plans to double the workforce in the coming months, according to a company statement. In a further step, e.battery systems also wants to set up production for its battery systems in the USA.

Originally, e.battery systems was founded in 2019 as a spin-off of Akku Mäser GmbH. The core of its business activities is the development and production of customised batteries for electric vehicles, construction machinery as well as industrial plants and energy storage systems for industry and commerce. The company obtains the cells from suppliers with whom long-term contracts have already been concluded in view of “the strong growth we are aiming for”. In addition to majority shareholder Christopher Schöpf (54.9 per cent), the Lustenau-based SIE Holding (12.6 per cent), Akku-Mäser owner Norbert Mäser (10 per cent) and a number of Vorarlberg entrepreneurs are investors in the company.

At the end of July, the Vorarlberg company attracted attention for the first time with an order worth at least 30 million euros: the Swedish electric motorcycle manufacturer RGNT, which was also only founded in 2018, ordered at least 10,000 batteries for the coming years. In the run-up, the Austrians had already developed the lithium-ion battery for the debut electric motorbike RGNT No. 1 to production readiness in cooperation with the Swedish start-up.

So now e.battery systems GmbH is tempted to take the step across the Atlantic. With the establishment of its own branch in Silicon Valley, the company’s entry into the US market is to be accelerated considerably, according to a press release. The company has hired Hakan Kostepen to head the US branch. The 59-year-old has worked in various functions at Panasonic Automotive Systems America since 2004, most recently for almost ten years as Executive Director Product Strategy & Innovation, the Austrians say. Prior to that, Kostepen had worked for Ford Motor Company.

“Entering the North American market is an important step in the further development of the company,” says Christopher Schöpf, founder and CEO of e.battery systems. With his management experience and his good contacts to the US automotive industry, Hakan Kostepen is a great asset for the Dornbirn-based technology company. Schöpf sees “enormous potential” in the USA and Canada, especially for the custom-developed, cooled batteries and energy storage systems made from second-life modules: “The market there is several times larger than the one in Europe. And we are one of the technologically leading companies in the industry.”

Independently of the expansion into the USA, e.battery systems is making another personnel development public. According to this, Christian Schlögl took over the function of Chief Strategy Officer in June. According to the company, the 39-year-old has already been working on the global expansion of e.battery systems since mid-2020. He took over the position of Chief Strategy Officer in June. Schlögl’s previous positions include managing director at Kreisel Electric in Upper Austria.