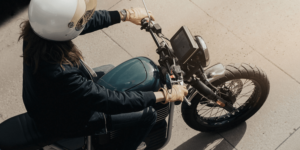 The Austrian company e.battery systems will produce at least 10,000 batteries for the electric motorbikes of the Swedish manufacturer RGNT Motorcycles in the coming years. The order volume is more than 30 million euros.

The Austrian company developed the lithium-ion battery for the Swedish manufacturer’s debut electric motorbike RGNT No. 1 to production readiness last year and now received the order for mass production. The energy storage system has a capacity of 7.7 kWh and is designed to give the retro-style machine a range of up to 120 kilometres. “The weight of the battery is only 60 kilograms,” explains e.battery systems. It delivers a peak power of 11,000 watts. The top speed of the electric motorbike is 120 km/h.

The batteries will initially be manufactured at the existing site in Dornbirn-Schwefel. However, from the point of view of Christopher Schöpf, founder and managing director of e.battery systems, the order for at least 10,000 batteries is probably only the beginning: “Given the high growth rates for electric motorbikes, significantly higher quantities are also possible,” he says. Therefore, Schöpf expects “enormous growth” in the coming years. Against this background, the number of employees is to be doubled from 30 to 60 in the coming months.

RGNT Motorcycles is a start-up founded by Jonathan Aström in December 2018. The business model is to build classically designed motorbikes with environmentally friendly propulsion. RGNT presented the prototype in May 2019. A year later, the company approached e.battery systems to further develop the prototype’s battery for series production, according to an accompanying statement.

“It was important to us that the motorbike battery could be produced easily and with little effort. So we have automated many steps to remain competitive in the long term,” describes project manager Christoph Pürmair from e.battery systems. There have also been safety improvements, for example, by using non-flammable holders for the battery cells. The Austrians say they have signed long-term contracts with the manufacturers of the cells, electronics and other components. However, they do not say where they actually get the cells from.

e.battery systems is also still a young company. It was founded in 2019 as a spin-off of Akku Mäser GmbH. The core of its business activities is the development and production of customised batteries for electric vehicles, construction machinery, industrial plants and energy storage systems for industry and commerce. In addition to majority shareholder Christopher Schöpf (54.9 %), the Lustenau-based SIE Holding (12.6 %), Akku Mäser owner Norbert Mäser (10 %), and several Vorarlberg entrepreneurs are investors in the company.