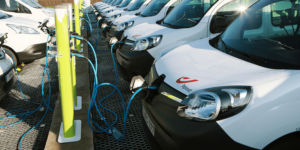 The Belgian national postal operator Bpost is procuring 1,200 electric vans to be delivered by the end of 2022. According to a Flemish media report, the first 400 of the electric transporters have already been ordered, with the tender for the remaining 800 to follow at the end of this month.

According to the Flemish business newspaper De Tijd, the Belgian national postal service, bpost, has ordered the first 400 of the new electric vehicles from several manufacturers. This is partly so that the vehicles can be delivered more quickly, but also to gain experience with different brands and models. According to De Tijd, the selected models include the electric Renault Kangoo, the Opel Vivaro-e and electric vans from the SAIC brand Maxus.

With the two current orders, Bpost is stepping up its electric course, which was first presented only two years ago. At the time, there was still talk of 600 electric vans by the end of 2022, while by 2030, only half of the entire fleet should be emission-free. Now, the 100 or so electric vans already in service are to be followed by a total of 1,200 more by the end of 2022. By 2030, bpost, which is 51 per cent state-owned, aims to convert its entire fleet of 18,000 vehicles to zero-emission vehicles.

The successful completion of a pilot test in June in the city of Mechelen in the province of Antwerp was the decisive factor in this latest decision. In Mechelen, all letters and parcels were delivered emission-free for an entire year. According to De Tijd, the postal group used electric delivery vans and bicycles to deliver to a network of 57 pick-up points – mainly parcel stations, post offices and post offices in shops – where citizens could pick up their parcels themselves. The concept tested in the pilot project is now to be extended to ten other city centres in a first step, including the city centres of Leuven and Bergen.

Bpost CEO Dirk Tirez wants to make the Belgian postal service the “greenest postal company in Europe”. The majority of the company’s fleet is made up of delivery vans, which are used in the delivery business. The company has not disclosed how much the conversion to electric drives will cost, but the preliminary order of 1,200 electric units is one of the largest orders of this kind in Belgium. In comparison, between January and the end of August, a total of 656 light electric commercial vehicles were registered in the entire country, according to figures from the automobile association Febiac.

Veerle Van Mierlo, spokesperson for Bpost pointed out that the market for electric delivery vehicles becoming ‘mature’. More electric vehicles are becoming available, the driving range of electric vehicles is increasing and the prices are gradually becoming competitive with diesel variants. Indeed, this year, just across the channel, Britain’s Royal Mail service announced plans to add 3000 electric delivery vans to its fleets.

The postal groups in Austria and Switzerland also want to completely phase out vans with combustion engines in their supply operations by 2030. On the surface, it would seem that the national postal services of the above-mentioned countries are all more ambitious goals than those of Deutsche Post DHL Group, which wants to convert 60 per cent of its delivery vehicles for the last mile to electric drives by 2030. However, the comparison is misleading, as the German postal group DHL is a globally active group with 570,000 employees and a correspondingly large vehicle fleet in several countries – all with varying degrees of light electric vehicle, bicycle and EV charging infrastructure. This also means that DHL is in a position to break new ground: In August this year, DHL ordered 12 electric aircraft.

Westminster streets to be cleaned with EVs