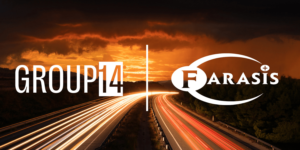 Farasis Energy has developed and tested a battery cell with the silicon-carbon anode material SCC55 from the supplier Group14. According to the partners, it is supposed to have a 25 per cent higher energy density than battery cells currently available on the market that use graphite as anode material.

These figures correspond to the key performance indicators for Farasis’ fourth-generation battery cell technology, which the company first made public in March. “Conventional BEV lithium-ion batteries using graphite as the anode material typically achieve an energy density of 260 Wh/kg, so this increase in performance over conventional lithium-ion batteries represents a real breakthrough for EV applications,” said Keith Kepler, CTO of Farasis Energy. He did not comment on the timing of a possible market launch.

The cells with SCC55 technology are said to “significantly increase the range of electric vehicles without compromising the cycle life standards set by high quality graphites and synthetic graphites”, according to Group14. “These significant third-party results with Farasis demonstrate that SCC55™ has the potential to meaningfully impact the performance of batteries for automotive applications,” said Rick Costantino, CTO of Group14 Technologies. “This is a significant milestone in our goal to enable EVs to achieve true cost-parity with internal combustion engines, and Group14 is ready to deliver our lithium-silicon battery technology manufactured in our commercial-scale Battery Active Materials (BAM) factory in Washington state.”

Currently, much of the factory’s current production capacity is reserved for Group14’s consumer electronics customers. However, the US company is increasingly looking to tap into the electric car market. In fact, Group14 is currently working on expanding its capacity to be able to offer larger quantities than the current batch to automotive customers. The recently struck deal with Inobat further supports this. In July, the company announced a joint venture with the South Korean company SK Materials for this purpose. The sister company of battery cell manufacturer SK Innovation wants to build a factory for lithium-silicon battery materials in South Korea together with Group14. Construction of the $52 million plant in Nabe is scheduled to begin in 2022. SK Materials has already invested in the company in a Series B financing round that Group14 closed in December 2020. BASF, among others, is also a shareholder in Group14.

Farasis was founded in 2002 and has been producing lithium-ion batteries for electrically powered commercial vehicles and two-wheelers since 2009, and for passenger cars since 2016. By now, the company says it has an annual production capacity of 21 GWh (as of 2020) at its two production sites in Ganzhou and Zhenjiang. Further global production sites inside and outside China are currently in preparation. In addition to the fourth generation of cells mentioned above, the manufacturer is already working on a fifth generation.

Since 2019, the European arm of the group, Farasis Energy Europe GmbH, has been based in Frickenhausen near Stuttgart. The prominent partnership with Daimler also stems from that year. Since 2020, the Stuttgart-based automotive group has held a 3 per cent stake in the listed battery manufacturer. However, there are constant rumours that the partnership is on the rocks. This is said to be due to alleged quality problems with the battery cells that were actually planned by Farasis Energy – but both companies deny this.