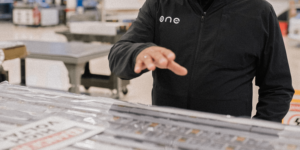 The US battery start-up Our Next Energy (ONE) has raised around 25 million US dollars (around 21.5 million euros) in a Series A financing round. BMW is one of the investors. ONE is currently working on a so-called dual battery.

Founded last year, ONE is a startup based in the US state of Michigan that is working on a dual battery based on two proprietary technologies. The first – christened Aries – uses lithium iron phosphate (LFP) chemistry in a cell-to-pack architecture to achieve high system-level energy density. In “cell-to-pack”, the cells are integrated directly into the battery pack without the intermediate step of modules; CATL, among others, is also pursuing this approach.

ONE’s second technology – called Gemini – embodies a “high-energy battery pack” that is coupled to the first battery, charges it and thus serves to extend the range. According to the developer, this will enable electric cars to travel up to 750 miles (about 1,200 kilometres) in the future. The decisive factor is a high energy density: according to ONE, the Aries battery will go into production at the end of 2022 with an energy density of 287 Wh/l at system level. The range extender function of the coupled Gemini technology improves the energy density at system level even further to 450 Wh/l, according to the US company.

Investors are obviously convinced by the approach. In a recently concluded Series A financing round, ONE has now raised the equivalent of around 21.5 million euros. The round was led by Breakthrough Energy Ventures. Other backers include BMW i Ventures, Assembly Ventures, Volta Energy Technologies and Flex Ltd, a Singapore-based electronics manufacturer that is also a strategic partner of ONE.

“Leveraging our Series A investment, ONE will accelerate product development of both Aries and Gemini batteries,” says Mujeeb Ijaz, founder and CEO of Our Next Energy. In research and development, ONE wants to make progress on topics such as battery software and power electronics, artificial intelligence and machine learning, among others. Further, the company has plans to become a cell manufacturer says Ijaz. In 2022, the company wants to seek additional funding and partners to scale production.

BMW especially appreciates that “Our Next Energy is working to fundamentally reinvent the battery, focusing on sustainability, safety and cost – three key factors that will help accelerate the development and adoption of battery-powered electric vehicles,” said Baris Guzel, partner at BMW i Ventures. “We are convinced that Our Next Energy has the potential to truly change the industry (…).”