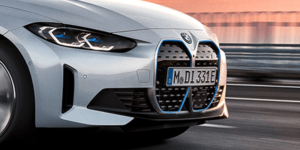 The first electric car of the “New Class” announced by BMW for the middle of the decade is to be an all-electric version of the next 3 Series generation, according to a British media report. The abbreviation “NK1” is given as the internal working title.

This is according to a report by Autocar. The 3 Series is to be powered by BMW’s sixth-generation powertrain with new electric motors, and 800-volt battery technology is to enable charging power of 350 kW, as the British magazine writes without naming any specific sources. The sixth-generation e-drives, however, will be current-excited synchronous motors, as was the case with the just-introduced fifth generation.

Speaking on the sidelines of the BMX iX and i4 drive launch, BMW board member for development Frank Weber had described the “Neue Klasse” (New Class)  announced by BMW CEO Oliver Zipse as BMW’s new universal construction kit. “The Neue Klasse represents the beginning of a new phase of operations for BMW. It’s scaled to allow us to build electric cars from a 2 Series-sized saloon up to an X7-sized SUV,” Weber explained.

The Autocar report is based on a conversation with Weber, even if concrete figures such as the 350 kW charging capacity are not attributed to the development executive. In principle, the ‘Neue Klasse’ is intended to enable front-wheel-drive, rear-wheel-drive and all-wheel-drive EV models, accommodating modular battery packs of varying capacity. Weber did not give any details on the batteries, but made it clear that the “NK1″ would still get batteries with liquid electrolyte – Weber does not see solid-state batteries in series production before the end of the decade.

The body will have different wheelbases, track widths and heights with wheel sizes from 18 to 22 inches – to cover the wide range from a compact car to a large SUV like the X7. The aluminium and steel structure is designed to accommodate not only the aforementioned e-drive combinations, but also a PHEV powertrain with a combustion engine at the front and an e-motor at the rear. Autocar” does not mention possible performance data for such powertrains.

In the interview, however, Weber indicated that the “New Class” could also support a fuel cell powertrain if regulatory measures in various markets would require it. However, Weber did not announce any concrete projects with hydrogen. At the IAA Mobility in September BMW had shown the iX5 Hydrogen. The H2 SUV based on the current X5 uses fuel cells from Toyota and is to be produced in small series.

Weber expects the “cluster architecture”, i.e. a kind of ‘one size fits all’ approach, to result in high manufacturing efficiency and maximise synergies across the entire product portfolio. The ‘New Class’ is to replace the current platforms FAAR for the front-wheel-drive series and CLAR for the rear-wheel-drive series. “We won’t be building separate structures,” Weber adds; “The Neue Klasse will see a big ramp-up in volume potential. We’ve learned a lot in scaling over the past two generations of platform development.”

Based on the CLAR platform, BMW will bring the recently announced electric versions of the 5 Series and 7 Series as the i5 and i7, in addition to the recently introduced i4. These models will then still have some combustion engine features such as the long front bonnet and centre tunnel. The electric 3 Series based on the ‘New Class’ is then expected to get a flat floor interior and a longer wheelbase. “People are expecting different aesthetics. That’s why we’ve developed a new styling direction for our electric models,” Weber explains.