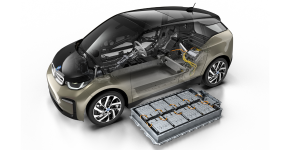 BMW found a new use for end-of-life electric car batteries. More than 40 partially recycled BMW i3 batteries provide electricity to Coldplay’s live performances, replacing diesel and gasoline generators for the band on tour.

What is more, BMW hopes to set new benchmarks and become “the blueprint for the entire live industry.” For now, however, the 40 batteries from BMW i3 electric cars will serve on Coldplay’s upcoming world tour, making it one of the greenest tours in music history, so BMW.

The Bavarians had worked with the British band before. Coldplay appeared in a virtual show at the IAA and provided its ‘Higher Power’ track for the BMW i4 advert, including the anything but subtle line “This joy is electric”.

CEO frenemies up to shenanigans

Porsche launches US recall for the Taycan