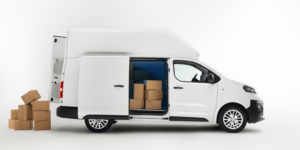 These are the van models based on the EMP2 platform, which are offered as the Citroën ë-Jumpy, Peugeot e-Expert, Opel/Vauxhall Vivaro-e and Toyota Proace Electric. The electric motor, which will not be changed in the course of the Voltia conversions, has an output of 100 kW.

As with the well-known Voltia models based on the Nissan e-NV 200, the Slovakian specialist’s conversions only affect the body, specifically the load compartment. While the Stellantis models and the Toyota are offered in three vehicle lengths (4.60 metres, 4.95 metres and 5.30 metres), Voltia uses only the 5.30-metre version.

With all these measures, Voltia specifies the new load volume at eleven cubic metres. In standard trim, a load volume of 6.6 cubic metres is possible in the models, in the short version it is even only 4.6 cubic metres. Voltia states the payload as 800 to 1,000 kilograms, which is 275 kilograms less than the standard version due to the body.

Voltia will also offer both known battery sizes, i.e. the power storage with 50 or 75 kWh. While the latter is supposed to allow up to 330 kilometres according to WLTP without the high-roof body, the high cargo space with its additional weight and increased air resistance costs about 50 kilometres of range: Voltia specifies a range of 280 kilometres for the large and 190 kilometres for the small battery.

For the intended use, which is mainly in last-mile delivery, these values are sufficient. For AC charging, Voltia will offer both the 7.4 kW charger and the three-phase onboard charger with 11 kW. The DC charging capacity is known to be 100 kW – the small battery is thus 80 per cent charged in about 30 minutes, while it takes 45 minutes for the large battery.

In the cabin, the vehicles have three seats – if the two passenger seats are folded up, particularly long objects can be transported through a lockable hatch in the partition wall. Assistants such as a lane departure warning system and cruise control are also installed.

The Voltia version of the Transporter will be available next year. Production will initially take place in Slovakia, later also in Great Britain, France and Germany. The new models complement the current Voltia models with volumes of 6, 8 and 10 cubic metres. Voltia does not mention prices yet. The company only promises that the vehicles should have the lowest costs per cubic metre of cargo space among light commercial vehicles with electric drive.