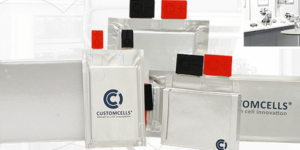 Customcells has started to expand its production facilities in Itzehoe in order to further increase capacity. In addition, the newly installed facilities are to be “at the current highest level of production technology”.

However, Customcells does not specify the future capacity at the site in the announcement. However, the mere expansion of capacity was not the sole aim of the measures introduced. The company also wants to maintain “maintain the quality and safety of lithium-ion battery production at the highest possible level and to further expand capacities”.

The actual series production then takes place at the Tübingen site. According to the company, “one of the most modern cell production lines in Europe” went into operation there in the spring. Tübingen is also on the shortlist for the 100 MWh cell factory from Cellforce, the battery joint venture between Porsche and Customcells.