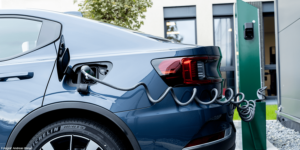 The Climate Group’s EV100 initiative has gained seven new members. As usual with the initiative, the members commit to completely electrifying their company fleets by 2030. The corresponding seven fleets represent over 250,000 vehicles.

The new EV100 members are the British companies M Group Services and Kier, SK Networks from South Korea, Nichicon from Japan and the US companies Gilead Sciences, Mack-Cali Realty and NRG Energy. These companies also plan to install charging stations at 140 locations for employees and customers.

The announcement was made on Transport Day at the World Climate Change Conference currently underway in Glasgow. It was also announced there that 24 countries, six major automakers, as well as 39 cities, states and regions, 28 fleets and 13 investors, will work towards being zero-emission cars and LCVs globally by 2040.

In its announcement, the Climate Group highlights two new members: M Group Services is said to be the fifth-largest fleet operator in the UK. Taking things a step further, Gliead Sciences has also joined the Climate Group’s RE100 initiative which means that it is committing to sourcing only renewable electricity by 2025.

The Climate Group launched the EV100 initiative in 2017. The NGO says that in the current year alone, 440,000 vehicles have been added so far. Its members collectively represent $1.8 trillion in annual sales and employ over five million people.

“It’s encouraging that so many additional companies this year have recognised the vital role they have in tackling the climate crisis and the critical opportunity offered in transportation electrification,” said Sandra Roling, Head of Transport, Climate Group. “As COP26 progresses, we hope that the ambition and leadership shown by EV100 members is matched by world leaders.”

In February 2021, Climate Group published an interim report on the initiative. According to the report, within a year, the number of electric vehicles operated by the large multinational companies in the Climate Group’s EV100 initiative had risen to 169,000 – more than double the number in 2019. According to the figures at the time, EV100 groups are expected to operate more than 4.8 million electric vehicles by 2030.