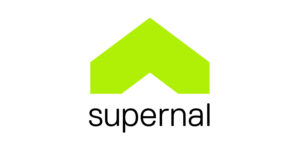 Hyundai Motor Group has unveiled its new company called Supernal. The establishment of the subsidiary is related to Hyundai’s increased involvement in its Urban Air Mobility business, which aims to advance the group’s vision of future mobility in urban environments.

The US-based Hyundai subsidiary plans to develop several electric air vehicles. The first commercial flight is scheduled to take place in 2028. In subsequent years, operations are expected to start on a larger scale as the market is forecast to grow and public acceptance is expected to increase in the 2030s, Hyundai says. The new company has already been unveiled as the group’s Urban Air Mobility division at CES 2020, where it showcased its first concept vehicle, the S-A1 electric air taxi.

According to its parent company, Supernal is now initially aiming to further develop and improve the S-A1 model and plans to have it certified by US regulatory authorities in 2024. Supernal’s debut vehicle is initially expected to be able to transport four to five passengers fully autonomously in urban environments as well as near cities. No further details about the VTOL are given in Hyundai’s latest announcement. However, the developers already gave a glimpse of the vehicle at the CES two years ago.

“In adding a new dimension to mobility, we are on a mission to transform how people and society move, connect, and live,” expresses Jaiwon Shin, CEO of Supernal and President of Hyundai Motor Group. “We have bold ambitions at Supernal but being first to market is not one of them. We are working to build the right product and the right integrated market, and we will leverage Hyundai Motor Group’s scaled manufacturing expertise to ensure AAM reaches the right price point and is accessible to the masses.”

Supernal is one of more than 50 companies in the Hyundai Motor Group’s network, resulting from the Group’s strategic shift from car manufacturer to intelligent mobility solutions provider. The company’s main focus is on integrating urban air mobility into existing transport networks and enabling seamless intermodal passenger transport. “In the future, passengers will use an app – similar to current ride-sharing platforms – to plan their journey and thereby first travel by car or train from home to an urban airport (vertiport), then fly across the city in an electric vertical take-off aircraft and finally cover the last mile in an e-scooter,” says the Hyundai vision.

With this in mind, Supernal is forging parallel partnerships at the local and state level in the United States. In 2020, for example, it partnered with the city of Los Angeles and Urban Movement Labs to develop a roadmap that other cities and municipalities can use as the basis for their AAM efforts and timelines, Hyundai shares.

Also in place since 2020 is a collaboration with Urban-Air Port, which was selected by the UK government as the winner of the Future Flight Challenge, to explore a new, multi-functional and scalable AAM infrastructure. In the coming year, Supernal plans to present a full-scale prototype of its take-off and landing infrastructure (“Vertiport”) in the UK against this background.