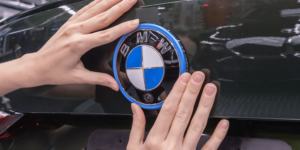 BMW plans to introduce Saturday shifts at its Munich plant in the first quarter of 2022 to keep up with the high demand for the new i4 electric model. The waiting time for the electric sedan is currently said to be around nine months, but could soon climb to a year.

This is reported by the German publication WirtschaftsWoche with reference to company circles. The Munich-based company apparently wants to take countermeasures by introducing additional shifts. When asked by the business magazine, BMW is said to have referred to the high flexibility of its production system. The company explained verbatim: “We are therefore in a position to expand the volume, for example by adding additional shifts, and thus to meet the gratifyingly high demand.” However, the plans for the coming year have not yet been finalised, so that no details can be given.

Just over a week ago, BMW reported that it had handed over the first examples of the all-electric i4 to customers. The electric sedan has been in production at the BMW plant in Munich since the end of October. The model is an electric sedan the size of a BMW 3 Series, with which the core of the BMW model range is to be electrified. The i4 was launched in November alongside the flagship iX SUV.

The i4 is the first fully electric car to be produced in Munich, together with the BMW 3 Series Sedan, the BMW 3 Series Touring – both with combustion engines and hybrid drive – as well as the BMW M3 and the BMW 4 Series Gran Coupé. We have already covered the model’s dimensions and technical data in detail here.

The i4 and iX duo reinforces BMW’s all-electric range consisting of the i3, Mini SE and iX3. In the coming years, fully electric versions of the 7 Series, X1 as well as the high-volume 5 Series are to follow. As related ambitions, BMW cites targets of producing all-electric cars at every German plant by 2022 and having at least one all-electric model on the road in each of around 90 per cent of today’s market segments by 2023. By 2030, the BMW Group wants to increase the share of fully electric vehicles in its global sales to at least 50 per cent.