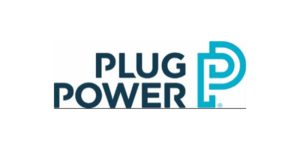 The two companies expect to have a fuel cell electric bus prototype completed by the second half of 2022 and be prepared to launch a mass-market platform by the first half of 2023.

“The fuel cell electric city bus project is just the beginning of strategic cooperation between Edison Motors and Plug Power,” said Chairman Young-kwon Kang of Edison Motors. “In the future, we hope to partner on other mobility applications including trucks, vessels, drones, and PAVs. We believe that our combined technology and know-how in electric buses will position us to sell fuel cell-powered electric buses not only in Korea but also in other overseas markets.”

Plug Power has a goal to expand its global footprint “to stimulate the Asian hydrogen and fuel cell market,” as Andy Marsh, CEO of Plug Power Inc. puts it. He acknowledges that: “This is one of the fast-growing markets in the world.”

This statement about “stimulating the Asian hydrogen and fuel cell market” might seem a little presumptuous were it not for the fact that Plug Power is already well-positioned into the South Korean hydrogen economy. In January this year, South Korean energy giant, SK Group recently acquired almost ten per cent of Plug Power’s shares. Plug Power announced that SK Group was investing $1.5 billion and that the two companies wanted to establish a joint venture in South Korea by 2022 to jointly provide fuel cell systems, hydrogen refuelling stations and electrolysers for the fast-growing Asian market. The Korean energy giant then followed through with a long-term, multi-billion-dollar plan to enter the hydrogen economy even more comprehensively with investments of 1.6 billion US dollars (equivalent to about 1.32 billion euros). Plug Power and SK Group’s SK E&S division formed the joint venture in October just passed.

Edison Motors is already doing well in its home country. In the capital Seoul, the company has sold the largest number of electric buses for two years running. The company recently acquired carmaker Ssangyong and wants to turn it into an exclusively electric manufacturer. Edison Motors is also actively expanding its electric bus platform with the launch of a new inter-city long-range electric bus platform. This is where fuel cells will be particularly useful with longer ranges and shorter refuelling times.

Volvo takes the FH Electric out for Arctic testing