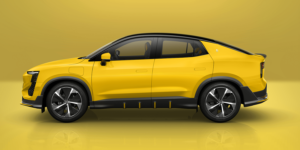 Chinese electric car manufacturer Aiways is reshaping its management team to gain more market share in its home market: Aiways has secured a new round of financing worth hundreds of millions of dollars, according to local media reports, involving a major restructuring of the management team – and arguably a change in strategy.

Former Nio executive Zhang Yang is the new CEO of Aiways. The funding comes from Aiways investor Chen Xuan Lin and his Shanghai Dongbai Industrial Group, who is now chairman of Aiways. Aiways founder Fu Qiang remains on board as president, but could soon leave the company, as the portal CN EV Post writes.

Initially, there was no announcement from Aiways itself about the board members, but the company’s website already lists Zhang Yang as CEO. Later, Aiways sent out a statement confirming both the financing round with the investment of Chen Xuan Lin and the appointment of Zhang as CEO. “Both Chen and Zhang have extensive experience in the automotive industry and have long been committed to New Energy Vehicles and the transition to sustainable mobility,” the company said. “The new investments and top management changes will inject new momentum into the development of the Aiways business globally – with a particular focus on new launches, capital operations, enhancing the user experience and developing the brand’s digital capabilities.”

Aiways was founded in 2017 by Fu Qiang and was intended to become an internationally established manufacturer of electric cars. Consequently, unlike Nio, Xpeng or Li Auto, Aiways quickly focused on expansion rather than sales in the Chinese market. With its market entry in Sweden announced in December, Aiways is already active in ten European countries.

Investors like Chen Xuan Lin, who had invested in Aiways in several rounds, decided to take over the company from founder Fu Qiang according to the report because they were dissatisfied with the growth. Instead of focusing primarily on overseas markets, Aiways is said to be increasingly concentrating on China – Nio and Xpeng now sell over 10,000 vehicles per month. Aiways, on the other hand, only managed around 300 sales a month in China, with only 2,992 units of the U5 sold from the beginning of January to the end of November 2021.

New CEO Zhang Yang was vice president for industrial development at Nio and reportedly has extensive industry experience. The investors around Chen Xuan Lin apparently hope that he will bring in his expertise from Nio and give Aiways a similar, internet-oriented appearance – digitalisation and networking are now extremely important to Chinese customers.

While the confirmation of the personnel on the Aiways side is a fact, the background and the new strategy are the conclusions of the Chinese media. The company itself has not yet commented on this – so the effects on the current European business are not yet known.