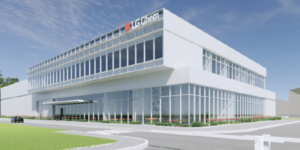 LG Chem will invest 475.4 billion won (about 354 million euros) in a cathode materials plant, according to the Korean Ministry of Trade. Construction of the plant with a planned annual capacity of 60,000 tonnes in the South Korean city of Gumi is to begin this month.

Commissioning by subsidiary LG Battery Core Material is planned for 2024. Gumi is located about 260 kilometres inland southeast of the capital Seoul. LG Chem currently has two Korean cathode materials production facilities in Cheongju and Iksan, and one in Wuxi, China.

However, the South Korean media report does not say whether the cathode materials from the new factory will be used exclusively for electric car batteries. LG Energy Solution is the largest manufacturer of EV batteries in South Korea, but the company also produces lithium-ion batteries for other devices.