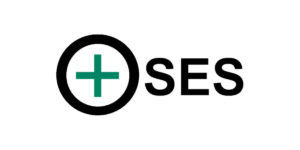 SES wants to go public on the New York Stock Exchange via a SPAC merger. Upon completion of the merger, Honda says it plans to “acquire approximately two per cent of the shares of SES AI Corporation, the company to be listed on the NYSE”.

SES uses a high energy density lithium metal anode, a protective anode coating and a “proprietary, highly concentrated solvent-in-salt liquid electrolyte” in its battery cell. Qichao Hu, founder and CEO of SES, had stated in July that the battery should come to an energy density of 400 Wh/kg at the cell level. Well-known investors and development partners are General Motors and Hyundai-Kia.

Not only for SES is the cooperation with Honda one among many. The Japanese carmaker itself says that the development agreement with SES is part of its overall battery strategy. In addition to the cooperation with SES, Honda is conducting independent research on solid-state batteries and is planning a demonstration line for this financial year.

Despite its own development, Honda wants to keep options open. “Recognizing the advanced technologies of SES, Honda signed a joint development agreement with SES with the aim to establish a good relationship with SES and expeditiously generate substantial achievements through our joint research activities,” said Shinji Aoyama, Managing Executive Officer in Charge of Electrification at Honda Motor. “Honda will continue to establish collaborative relationships with companies which have advanced technologies, as needed, to offer highly-competitive and attractive EVs to our customers.”

Just last week, it was revealed that Honda is also considering a cooperation with LG Energy Solution. The two companies are currently negotiating the construction of a joint battery factory in the US, but where conventional lithium-ion batteries based on NMC cathodes and liquid electrolytes will probably still be manufactured.