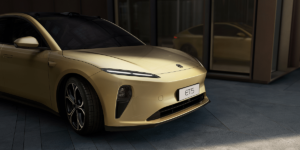 Chinese EV manufacturer Nio unveiled its new ET5 mid-size sedan in December, with deliveries in China scheduled to begin in September 2022. Now, CEO William Li revealed that the Nio ET5 would also arrive in Norway and some other overseas markets from spring 2023.

Li mentioned the plan during a call with the company’s Norwegian team, led by general manager Marius Hayler, last Saturday, C NEV Post reports. Nio has been active in Norway since last year when it began selling the ES8 electric car.

However, Li did not reveal more details about the ET5’s entry into overseas markets on Saturday but mentioned that the ET7 would arrive in Norway in the fourth quarter of 2022.

When presenting the Nio ET5 last December, the car was hailed as a game-changer due to its expected range of more than 1,000 kilometres, at least according to Chinese testing standards. In China, deliveries are set to start this September.

The ET5 is the second sedan after the company’s flagship ET7 and Nio’s fifth production model.

In Europe, Nio is reportedly active in Norway and wants to launch in Germany in 2022. The company also confirmed again it would introduce “its products and holistic service system to the Netherlands, Sweden and Denmark in 2022.” This indicates that the Chinese company wants to bring its cars and battery-swapping systems to these European countries this year. Nio is already planning battery swapping stations in Norway, and the first step for battery swapping stations has already been certified by TÜV in Germany.