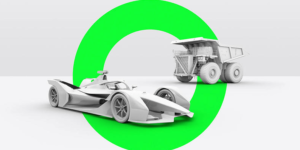 Australian mining company Fortescue Metals Group is acquiring Williams Advanced Engineering (WAE), the engineering and battery company founded by Formula One team Williams, for £164 million. Fortescue wants to use Williams’ battery technology in goods trains and trucks, among other things.

WAE’s critical battery technology will in turn enable Fortescue to realise its 2030 net-zero target. This will be achieved by the two companies working together to further programmes such as Fortescue’s 3km long freight trains, 400-tonne haul trucks and industrial heavy mobile equipment. Currently, the company’s mining fleet currently uses 400-450 million litres of diesel per year.

Fortescue Founder and Chairman, Dr Andrew Forrest AO said: “This announcement is the key to unlocking the formula for removing fossil-fuel-powered machinery and replacing it with zero carbon emission technology,” which, he noted, is not only powered by FFI green electricity but also green hydrogen and green ammonia.

The iron ore mining company said it will reveal more details on its plans to develop an electric train project this year. Fortescue’s founder Andrew Forrest is Australia’s richest man. The billionaire has declared the goal to turn his mining firm – which is the fourth-largest iron ore miner in the world – into one of the world’s biggest green energy companies. The company should now also become a major player in the growing global market for electrified industrial transport equipment.

“For decades, Sir Frank Williams’ F1 racing business was at the forefront of innovation in engineering and I thank him for his pioneering vision in founding WAE over a decade ago. I was sorry to hear of his passing last year and I pay tribute to him. I have huge respect for him, his family and the Williams’ business,” Dr Forrest said.

In April last year, Williams engineering revealed its own electric car platform. The company has famously used its technology in Formula One racing, but last year also provided batteries for an electric kick-scooter race vehicle. After the Jaguar Racing team confirmed its Formula E commitment last year, it also reiterated its continuing reliance on the support of Williams Advanced Engineering.

After the purchase from private-equity firm EMK Capital and Williams Grand Prix Engineering Ltd is complete, Fortescue has said that the newly acquired WAE will be managed by Fortescue Future Industries, which is the Australian company’s company’s clean energy unit based in Perth. The transaction should be completed by the end of March this year.

LEVC vans now available through Europcar in the UK

Nikola and Corcentric agree on leasing deals for trucks