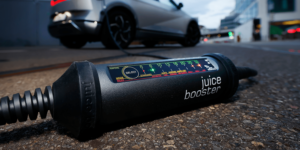 Swiss charging infrastructure provider Juice Technology has expanded in Northern Europe by founding the subsidiary Juice Nordics AB, based in Uppsala, Sweden. With the establishment of Juice Nordics, the company is now present in the entire Scandinavian region, i.e. Finland, Sweden, Norway and Denmark.

Juice Nordics is to strengthen the company’s distribution in the Scandinavian countries. However, other details such as the number of employees or the management have not been disclosed.

Juice Technology did, however, explain its reasoning. “Northern Europe remains one of the fastest-growing markets in electromobility,” said Christoph Erni, CEO of Juice Technology AG. “As an established market leader, Juice can contribute to the further expansion of the charging network here with competent know-how and proven Swiss quality.”

The company with headquarters in Switzerland is active in Central Europe with recent advances into Southern Europe, China and the USA.

Juice said it was making it “a point to be as close as possible to the scene of the action to be able to offer the solutions ideally tailored to the needs of the customers.”

Apart from Juice Nordics AB, the company had reportedly established Juice Americas Inc. in Delaware in May 2021 and a Chinese subsidiary in April 2021. The US subsidiary was followed by the founding of Juice Iberia, located in Málaga, to cover markets in Spain and Portugal.

Coming back to Juice Nordics, the company in today’s announcement stressed, “As a company from an Alpine republic with similarly diverse topography, we are aware of the challenges faced by e-car drivers in Scandinavian countries.”

Their Scandinavian business will offer the Juice Booster 2, a mobile wall box with numerous adapters for a wide variety of outlets, which Juice considers “the crucial missing piece of the puzzle for electromobility beyond the centres and main traffic routes.” In addition, Juice Nordics will also distribute the Juice Charger me, a fixed wall box, the Juice Flow Mode 3 charging cable and the Juice Phaser.

RAW Charging starts working with Plugsurfing in the UK