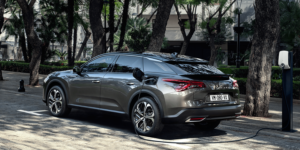 The EU is apparently planning to tighten the methodology for measuring the CO2 emissions of plug-in hybrids. The revised test procedure, which is expected to be enforced from around 2025, will incorporate real-world measured fuel consumption data.

Two sources familiar with the matter told Reuters. Real-world fuel consumption data is already collected through the fuel and electricity consumption tracking programmes that have been required to be fitted to new cars in the EU since last year. These systems are called OBFCM (On-Board Fuel Consumption Monitoring).

Currently, the change is being discussed in a working group that includes representatives of EU states, consumer protection groups and the car industry. A decision is expected before the end of the year, according to Reuters sources.

Should such a regulation come into force in the middle of the decade, it would affect the plans of numerous carmakers. Measured by their WLTP fuel consumption, plug-in hybrids are considered very clean and are also counted as such towards manufacturers’ CO2 fleet emissions. Since studies – such as that of the ICCT from 2020 – indicate that plug-in hybrids used primarily for business purposes are still primarily driven with the combustion engine, the real climate benefit of PHEVs would of course be significantly lower.

How such a regulation could be implemented has not yet been determined, according to the Reuters report. A representative of the EU Commission confirmed that a change including real consumption data was being discussed, but he did not give details. He referred to the upcoming meeting of the Motor Vehicle Working Group, consisting of stakeholders from industry, government and consumer associations, which is scheduled to meet on 9 February.

Israeli bus operators must buy only electric buses by 2026