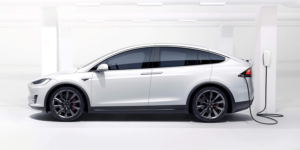 While Tesla sets new sales records for the Model 3 and Model Y in almost every quarter, the Model X has been experiencing problems for over a year. As Elon Musk has now admitted, these problems are largely homemade due to a misjudgement. There are also two other software recalls in the US.

The deliveries of the fundamentally revised Tesla Model X, which began in the USA in October 2021, are going anything but smoothly and have led to a halt in orders outside North America. Against this backdrop, Tesla CEO Elon Musk now admits on Twitter to mistakes in connection with the launch of the new Model X.

According to Musk, it was “idiotic to stop production of the old X in December 2020 when there was still a lot of demand”. Tesla has not yet fully recovered from this, he said. The Model X is “an extremely difficult car to build” and the limiting factor is the interior. In other words: demand is high, ramping up production is difficult. This leads to a backlog of orders, which is also, but not only, explained by the eight-month production pause.

According to Electrek, there are still uncertainties and further delays for customers. Several customers who ordered a Model X a year ago have now been given a delivery window of Q2 2022 – after Tesla had not given a delivery date for months.

For orders placed today in the US, Tesla is giving October 2022 as the delivery date for the three-motor Plaid version. For orders placed now, the Model X Dual Motor will be delivered in January 2023 – if current forecasts are correct.

Tesla is losing an experienced vehicle engineer to the competition: Alan Clarke, who worked at Tesla for more than ten years, is moving to Ford to work on the development of electric cars. Most recently, Clarke was chief engineer for the Roadster 2, but the patent application for the retractable solar cover of the loading area of the Cybertruck is also in Clarke’s name. Previously, he was responsible for the integration of the drive units in the Model X, among other things, and the retractable door handles of the Model S also go back to Clarke.

It is not known exactly which projects Clarke will work on at Ford. He will work in the ‘Advanced EV’ development group under ex-Tesla developer Doug Field, who now also works for Ford after a period at Apple.

In the US, Tesla is already facing its third and fourth software recalls since the beginning of February. These involve problems with the heating system and the pedestrian warning system – the latter, according to the US traffic regulator, is too quiet in many Teslas and thus does not have the desired effect. In this case, 578,000 units of all four model series in the USA are affected. The software update to the heating system (under extreme conditions the heat pump can fail) involves a much smaller number of vehicles in the US and Canada. Previously, Tesla had to fix problems with the seatbelt function (specifically the seatbelt warning noise) and its FSD software.

There is also news from China: Tesla will locate its planned Chinese design centre in Beijing, according to information from the city government. Until now, the Shanghai metropolitan area was considered the favourite, where the Chinese plant is also located. In the work report of the Beijing municipal government, the Tesla design centre is listed as one of the key projects in 2022. There are no details or the exact location yet. According to earlier statements, Tesla wants to design vehicles “in Chinese style” in China.