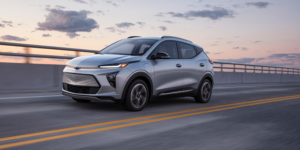 GM said it will restart production of its Chevrolet Bolt and Bolt EUV on April 4, as it continues to fix defective batteries as part of a global recall on the cars. This follows the idling of the Orion plant last summer, a production restart and another idle period last year.

The initial issue behind the recall was that the batteries were at risk of catching fire. A total of 18 suspected battery fires had broken out in Bolt EVs globally. GM then officially confirmed 15 of them. After a fairly long search for the cause of the fires, it was discovered that the source of the issue lay with production, which was done by LG. LG ended up having to pay significant compensation fees to GM for the faulty batteries.

General Motors has now stated that when dealers receive a Bolt EV or EUV made after April 04, they can sell those vehicles immediately. All other recalled vehicles on dealer lots are on stop-sale and will need to have their battery modules replaced before they can be sold. The timing is interesting as General Motors is preparing to leave the Bolt behind in Orion.

“Our unprecedented decision to idle Bolt EV and EUV production over the past months has enabled us to prioritize battery module replacements,” said GM spokesperson Dan Flores. “As a result, we’ve made replacements available to Bolt EV owners who were in our high priority groups.”

“This change reflects our ongoing desire to make sure Bolt EV/EUV are competitive in the marketplace. As we’ve said, affordability has always been a priority for these vehicles,” Chevrolet wrote as an explanation.

Volkswagen to bring back the e-Up