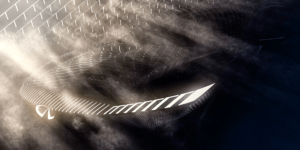 The Japanese carmaker Nissan has announced that it will invest 500 million US dollars in its Canton assembly plant in the US state of Mississippi. Two electric models for Nissan and Infiniti as well as battery packs for them are to be produced there from 2025. Nissan is also planning a battery cell factory in the USA.

The investment of the equivalent of 440 million euros is intended to preserve almost 2,000 jobs at the plant through retraining and further education, according to the carmaker. Nissan has not yet given details on the two models – not even whether they will be sedans, SUVs or pickups. The planned production volumes are also not mentioned so far.

Currently, Nissan produces four internal combustion models in Canton: the Altima sedan and the Frontier, Titan and Titan XD pickup series. The plant, which opened in 2003, employs a total of 5,000 people. If 2,000 of these jobs are to be dedicated to the new electric project, the plant will probably continue to produce two or three combustion engine series.

As part of its “Ambition 2030” strategy, Nissan plans to launch 23 electrified models worldwide by then, 15 of which will be fully electric. In the US, all-electric vehicles are expected to account for 40 per cent of sales in this target year.

“Today’s announcement is the first of several new investments that will drive the EV revolution in the United States,” said Ashwani Gupta, Nissan’s chief operating officer. “Nissan making a strong investment in Canton’s future, bringing the latest technology, training and process to create a truly best-in-class EV manufacturing team.” With the current announcement, Nissan will have invested a total of four billion dollars in the site since it opened.

One of the further investments hinted at by Gupta in the official statement is likely to be a dedicated cell factory in the US. The manager said in an interview that the site search is currently underway. “We are looking at the right location and timing to build the US battery factory,” Gupta said, according to Reuters. “It should be soon.”

But Gupta did not give details about the factory – such as production capacity or whether it would be built with a partner. Instead, he gave some information on the conversion of the Canton plant that was not included in the press release. For example, the assembly line on which the Altima is currently built is to be rebuilt so that both internal combustion and electric cars can be assembled on one line. The assembly line for the pickups is not to be expanded at present.

Volkswagen to bring back the e-Up