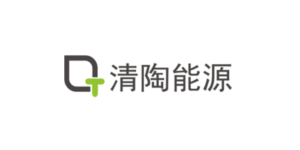 It is not yet known when construction will be completed. As reported by the CN EV Post, the project involves a total investment of five billion yuan, equivalent to 710 million euros. The Kunshan site is located near Shanghai.

QingTao already has a production line for solid-state lithium batteries with a capacity of one gigawatt-hour per year since 2020. Neta and BAIC have already used these batteries in electric car prototypes. These are pouch cells. Reports from 2018 were already talking about an energy density of 400 Wh/kg – but these were batteries for special equipment and high-end products, not the automotive batteries.

The company was founded in 2014 and has subsequently completed several rounds of financing – Series C already included 1.25 billion yuan in 2017. However, no more amounts or investors are listed on the company’s official website regarding the D series in 2019 and the E+ and E++ series in 2021.

According to the report, Feng Yuchuan, the chairman of QingTao, and the core members of his team are from Tsinghua University and have received over 300 patents to date.