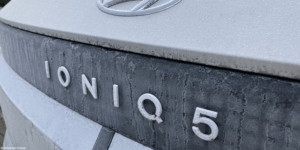 In Norway, 6,160 electric passenger cars were newly registered in February, which corresponds to a share of 75.6 per cent of all passenger car registrations in the month. The most successful model in February in Norway was the Hyundai Ioniq 5 with 454 new registrations.

Like January, February was also significantly weaker than the previous year in terms of registrations across all drive types. For Norwegian Authority OFV shows only 8,147 new registrations, 2,540 or 23.8 per cent fewer than in February 2021, giving the 6,160 electric cars a market share of 75.6 per cent.

In addition, there were 852 new plug-in hybrids, which alone account for a market share of 10.5 per cent. If BEVs and PHEVs are added together, 86.1 per cent of all new registrations in Norway in February had a charging connection. However, compared to February 2021, PHEV registrations fell by 74.8 per cent, i.e. significantly more than the overall market. In other words, Norwegians tend to use hybrids less (HEV registrations also fell by 57.5 per cent).

Third place is a close-run thing, or rather it depends on how you look at it. In the OFV statistics, the Audi Q4 e-tron and its Sportback offshoot are counted as one model, with 388 new registrations. That would be only one vehicle more than the Polestar 2, which is in the statistics with 387 registrations. For EU EVs, the Q4 e-tron is listed separately, which equates to 298 units for the e-SUV and 90 units of the e-SUV coupé. With 386 new registrations, the Polestar 2 also falls just short of the total for the Q4 here. Either way, thanks in part to a strong January, where the Q4 e-tron was the best-selling model, Audi leads the brands this year with 1,718 units, ahead of Hyundai (1,333 vehicles).

It is indisputable that it is close behind: the Skoda Enyaq follows with 357 new registrations, ahead of the Ford Mustang Mach-E with 353 units and the Audi e-tron quattro with 341 vehicles – in the case of EU EVs, the latter model only comes to 304 new registrations, as the Sportback is also shown separately here. Then comes the Toyota RAV4, the first non-BEV in the statistics, with 325 new registrations. An interesting detail: with 204 new registrations, the EHS9 of the FAW brand Hongqi came close to the level of the Mercedes EQC (210 vehicles) or VW ID.4 (212 units).

However, the registration figures from Norway are usually only meaningful after the end of a quarter, as Tesla usually only delivers in the last month of a quarter. In February, just eleven Model 3 and seven Model Y were registered in Norway.