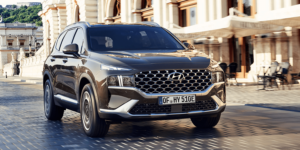 The South Korean government wants to remove hybrid cars from its list of environmentally friendly cars from 2025 or 2026. This would mean that owners of cars with hybrid drives would no longer enjoy tax benefits and purchase bonuses. Instead, electric two-wheelers are to be promoted in future.

For passenger cars, according to Deputy Prime Minister and Finance Minister Hong Nam-ki, the government will “push for measures to exclude hybrid cars from the list of low-emission cars from 2025 or 2026”. However, this does not mean that the government will take PHEVs off the list immediately because the regulation is currently limited until the end of 2022 – so it will be extended again.

For vehicles that run on liquefied petroleum gas (LPG) or compressed natural gas (CNG), this is to happen by 2024. Instead, only battery-electric and hydrogen-powered cars will be subsidised.

Although there will then no longer be any purchase bonuses for car buyers, the part-time electric cars will not be entirely without government support. According to the minister, the government will “continue to support car parts suppliers for hybrid cars, taking into account the cars’ efficiency in reducing greenhouse gases and price competitiveness”. However, he did not name the amount.

At the beginning of 2021, South Korea had introduced a price cap on subsidies. Since then, vehicles costing more than the equivalent of 67,800 euros are no longer eligible for subsidies. In addition, the full subsidy is only available up to the limit of the equivalent of 45,160 euros – above that, only half. PHEVs are subsidised up to one million won, BEVs up to 3 million won and FCEVs up to four million won. This corresponds to about 750 euros for a PHEV, 2,250 euros for a BEV and 3,000 euros for an FCEV.

Meanwhile, South Korea’s Ministry of Environment announced plans to accelerate the introduction of electric motorbikes and electric scooters through an 18 billion won (138 million euros) subsidy programme in 2022. Subsidies will be provided for about 20,000 of these e-two-wheelers.

According to media reports, this subsidy is aimed less at private customers than at the fast-growing market for food delivery services, which often rely on such electric two-wheelers. According to Aju Daily, in the capital Seoul alone, around 30,000 food delivery workers are on the road with petrol motorbikes. At present, the range prevents many delivery drivers from switching to electric motorbikes, as a delivery driver covers up to 200 kilometres per day.